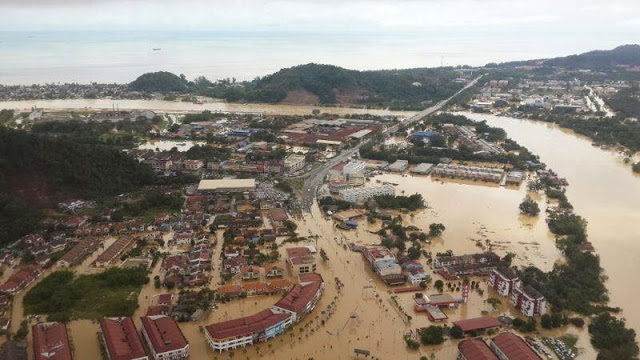 AS agencies and residents anticipate rainfall and pray for “a light one” this year, it begs the question: Have the authorities done enough to reduce the damage wrought by floodwaters?

Urban and regional planning expert Professor Datuk Dr Alias Abdullah said many assumed that the latest drainage and irrigation systems could avoid flooding and improve water flow, but realistically, it was impossible.

He said the amount of collected rainwater in some areas was too much for the systems to handle at one time.

The water, he said, was supposed to flow into the sea, but due to unpredictable tides, it took time for the water to recede.

“It is no secret why people in the past, over 100 years ago, built houses high above the ground. Once the floods arrived, they would be safe in their homes.

“They also had their own boats to move around. That was how they dealt with the floods.”

Alias, who is former Malaysian Institute of Planners president, said that was why now it was vital to lay property foundations higher in flood-prone areas.

He proposed that two-storey houses be considered a necessity in flood-prone areas, so that homeowners could keep important goods upstairs and avoid major losses.

Alias urged states like Kelantan and Terengganu, which suffer from annual flooding, to study water levels, weather conditions, as well as map out the affected areas.

“Map out the affected areas first, take note of the water and rainfall levels. Then once the season is over, study the stream. From there, authorities can consider whether they want to add more development projects or ‘fix’ the situation there.

“The research should provide the most suitable height for buildings as it cannot be too low.

“If it’s a new development project, have a contingency plan first, such as where the victims can seek shelter.

“Make it known to everybody — town planners, local authorities, architects and engineers — that structures must be above the floodwater level.”

He said it was also vital to maintain a clean river for easy water flow and look into more methods for better and faster water flow.

Victims could only face the disaster for so long, he said, adding that there could be a repeat of the 2014 floods if the mitigation plans and maintenance were not done on schedule.

“It is important to understand the natural process of things. Heavy rainfall and overflow of water cannot be avoided.

“It is coming from the sky and the ground just receives it. You cannot avoid this, but planning ahead will make a big difference.

“Planners need to keep in mind that whatever they do, they have to consider the environment and floods.”

He said sometimes there were developers that ignored these necessary steps and continued building homes and buildings in lowlands.

Alias said development projects in lowlands could not have a “normal plan”. They needed something customised to the area itself.

He said locations such as Besut in Terengganu and Kelantan’s Kuala Krai and Tumpat suffer from heavy rainfall, thus planners in the area should map out a flood-proof development plan.

He urged authorities to take action against those who had breached the guidelines for land cultivation, as well as those operating illegally to reduce the effects on drainage basins.

“Heavy rainfall in November to February is expected and flooding is one effect. The severity may be the result of land-use change and practice.

“Certainly, land use can be better managed to reduce the damage by floods in a drainage basin.

“I think there have been efforts to manage, but I am unsure of their success as land use falls under many authorities.

“There are also cases of illegal development, farming, mining, agriculture, as well as logging in the interior.”

The former Universiti Malaya lecturer said authorities often used the Elastoplast approach: “When there is a cut, they apply Elastoplast to cover it.”

Urging both state and federal governments to sort it out, he said it was only a matter of time before things became worse.