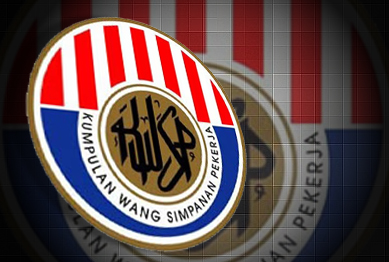 Deputy Finance Minister Datuk Ahmad Maslan in a press release recently said the government would not impose any tax on withdrawals Private Retirement Scheme (PRS) after reaching the retirement age of 55 years but eight per cent withholding tax is only imposed if the withdrawal is made before the age of 55 years and it aims to curb the tendency to withdraw their savings before they fall due. Introduction of PRS in effect from Year of Assessment 2012 is to encourage savings among the people after the age of retirement.

The contributors would like to get a clarification from the government is eight per cent tax is also imposed on withdrawal to Reduce/Redeem Housing Loan, investment and full withdrawal of accounts 2 when reach the age limit of 50? This release allows members to withdraw all or part of their savings in Account 2 at the age of 50 years for early preparation prior to retirement. Contributors to this point can make a partial withdrawal of EPF at the age of 50 years, while a full withdrawal is only allowed after the contributor retires at 55 years. The finance ministry should provide clarification on this issue so as not to confuse contributors. If the finance ministry to impose such a tax on the withdrawal this of course will reduce the revenue of the contributors.

Contributors should be given the freedom to withdraw money from their savings in the EPF provided that the requirement does not exceed the permissible limit and not to impose a tax on withdrawal made before the age of 55.  Although the purpose of the government to ensure that sufficient savings upon retirement of contributors but by imposing a tax on the withdrawal of contributors indirectly cause insufficient pension savings for use after retirement. He added that “Thus, early withdrawal before retirement age of 55 years will lead to the original objective of ensuring that Malaysians have sufficient savings at retirement cannot be achieved,” he told reporters at the Parliament lobby recently.

If the government wants the people of Malaysia have sufficient savings when retirement, then the government should not raise the price of goods, PTPTN to be abolished, Goods and Services Tax (GST) should not be implemented until per capita income exceeds the poverty level. Do not impose a tax on pensioners who do not have a fixed income. By doing this at least the pensioners who have no fixed income will live in peace and calm without thinking about taxes on them. We hope the government will consider and review of the proposal so that it is not troublesome and burdensome to the people, especially the low and medium income. Cooperation with the relevant parties is highly appreciated.