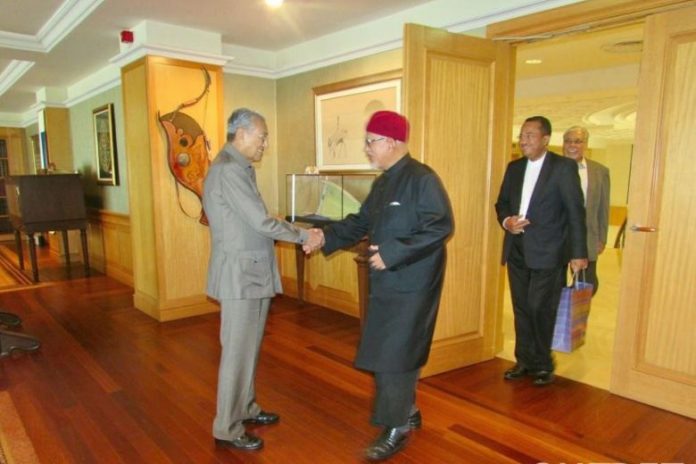 A major realignment of Malaysia’s political landscape, which could thrust PAS into federal power, may be in store following a dip in support for the 20-month old Pakatan Harapan government, FMT has learnt.

The new alignment, bringing together forces aligned to Prime Minister Dr Mahathir Mohamad with the clout that PAS holds in the northern Malay heartland, will have dire consequences for DAP and Anwar Ibrahim.

“Effectively, it is a show of brilliant political chess by Mahathir to thwart internal bickering in Pakatan Harapan and poor public perception of his government,” a source familiar with the wheeling and dealing in Putrajaya told FMT.

This comes amid expectations that ministers and deputy ministers would give up their posts voluntarily, following the resignation of Maszlee Malik as education minister on Jan 2.

An informant who spoke to FMT has named at least one more minister from Mahathir’s party PPBM who will announce his resignation.

It is believed that the minister heads one of three ministries which were given red marks by Mahathir for poor performance.

Party leaders had been privately talking about the likelihood of a Cabinet reshuffle after the Chinese New Year, rumours of which had sparked great anxiety among ministers.

But one ruling MP told FMT that Warisan’s defeat in the Kimanis by-election last Saturday will likely push the prime minister to accelerate a revamp in the Cabinet.

Any Cabinet reshuffle would be the first in the post-BN era.

“Many ministers spent the last few weeks of 2019 burning the midnight oil with their graphic designers to prepare glossy ministerial report cards listing their achievements since assuming office in 2018,” said the MP.

“The ministers had no choice but to put on record that they have done their best in the hope they would be spared by Mahathir.”

But all eyes are on the possible re-emergence of PAS, especially in the likelihood of the Islamist party being given a federal role for the first time in four decades, according to sources.

The new alignment of Mahathir’s PPBM and PAS is likely to be the death knell of DAP’s hopes of being part of the PH government, but more decisively, it will thwart the ambitions of Anwar, the PKR president to become prime minister.

PAS has been a valuable ally for Anwar, whose support allowed him to survive the turbulent times since he fell out with Mahathir in 1998.

The new Mahathir-PAS alignment now removes a swathe of the Malay-Muslim support that is vital for his claim on the premiership.

“It is now a distant dream,” says FMT’s source.

PAS left the Barisan Nasional unity government in 1977, and has over the decades cleverly generated support in the Malay heartlands as it fell victim to Mahathir’s policies during his earlier tenure in power.

Nevertheless, the Islamist party declared staunch support for Mahathir as prime minister of the PH government, pledging its backing for him to remain for the full term (2018-2023) in the face of an understanding for Anwar to take over before the next general election.

The party’s re-emergence as a federal force will be a knockout blow for DAP, which has been the strongest critic of the party’s Islamist policies even while they were partners in the former Pakatan Rakyat coalition.-FMT