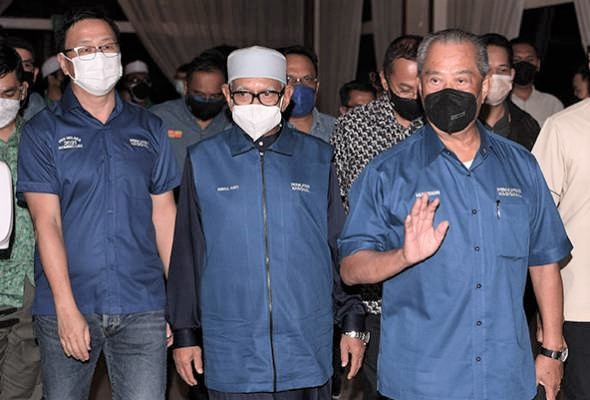 All 28 Perikatan Nasional (PN) candidates contesting in the Melaka state election tonight signed a pledge to demonstrate their commitment in fighting corruption.

The pledge, among others, outlined that the candidates must ensure a clean, fair and corruption-free administration if they are elected as assemblymen.

In addition, candidates must abide by the Malaysian Anti-Corruption Commission Act 2009 and other relevant laws in carrying out their duties and responsibilities.

After the signing, all the 28 candidates read out the pledge before Melaka PN chairman Datuk Mohd Rafiq Naizamohideen handed over the documents to Muhyiddin.

Yesterday, Muhyiddin was reported as saying that the pledge was in line with the coalition’s stance to stand firm against abuse of power and corruption in addition to serving the people fairly.

PN is fielding candidates in all 28 seats in the Melaka state election on November 20 and of the total, Bersatu will contest in 15 seats, PAS eight and Gerakan five. — Bernama