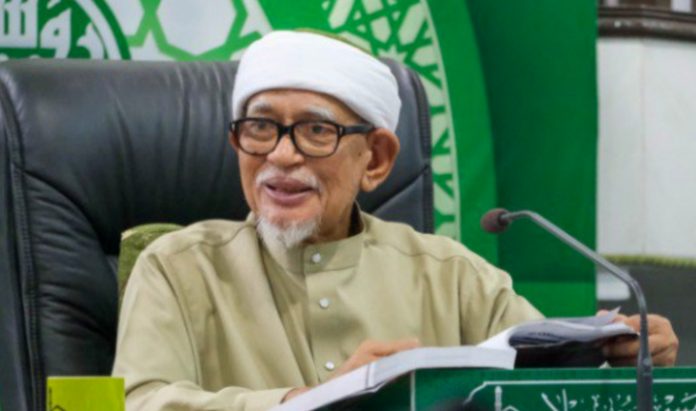 PAS is opposed to the idea of an early general election and wants the current Parliament to run until May 2023 when its full term expires, its president Abdul Hadi Awang said today.

Hadi said the current Ismail Sabri Yaakob-led government should be allowed to govern and carry out its responsibilities for another year.

The Marang MP said the people were tired of politics while the nation was still recovering from the Covid-19 pandemic and its economic impact.

“It would be better to give this current government the chance and time to fulfill its responsibilities. Therefore, we agree with GE15 being put off for now,” he told reporters.

It was reported that Umno wanted GE15 to be held after the government’s memorandum of understanding (MoU) with Pakatan Harapan ends on July 31.

Umno has already named Ismail as its prime minister candidate for GE15.

Nonetheless, Hadi said PAS was ready to face a snap general election, with its election machinery across the country ready to be mobilised when needed.

He reiterated that PAS would continue to strengthen the unity of the ummah through its partnerships with Bersatu and Umno, as well as Gabungan Parti Sarawak (GPS) and other “non-extreme” non-Muslim groups.

Previously, Hadi said the PAS-led Kedah, Kelantan and Terengganu state governments would not dissolve their respective state assemblies should GE15 be called this year.

In January, PAS central committee member Zuhdi Marzuki said GE15 needed to be expedited as an unstable political climate would be detrimental to the economy.