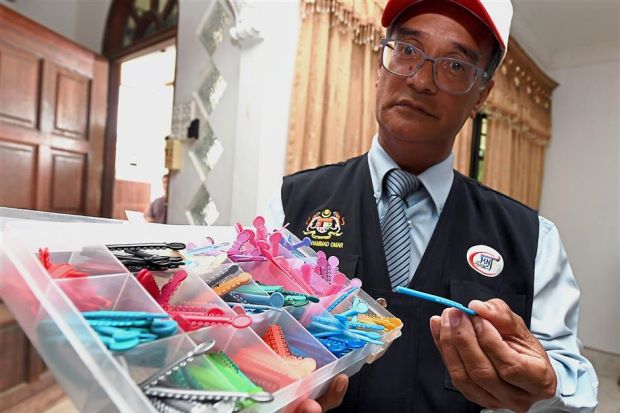 Officers from the state Health Department caught the 21-year-olds fitting braces on their clients in Kampung Losong on Wednesday.

It is learnt they were part of a three-woman crew who had been running the illegal dental service for about two months.

However, the third suspect, believed to be the leader of the group, managed to escape the raid.

State health director Dr Mohammad Omar said the women posed as qualified dentists and offered to fit braces for as low as RM550 compared to the thousands of ringgit patients would have to spend to get it done by a certified professional.

“They offered their services on social media and even rescheduled appointments at the last minute to throw off the authorities,” he said.

According to Dr Mohammad, the women travelled from Kuala Lumpur to meet clients who had made appointments online.

“They were here to see 17 patients, so it shows you how popular these fake braces are,” he said.

He said his team has been tracking the group since learning about their operations in Kemaman last month.

The case is being investigated under Section 4 of the Private Healthcare Facilities and Services Act 1998.

The department has handled four similar cases in Terengganu since 2015, all involving women.

Three perpetrators in those cases were charged and fined between RM20,000 and RM40,000.

However, one of them remains on the run after fleeing to Australia.