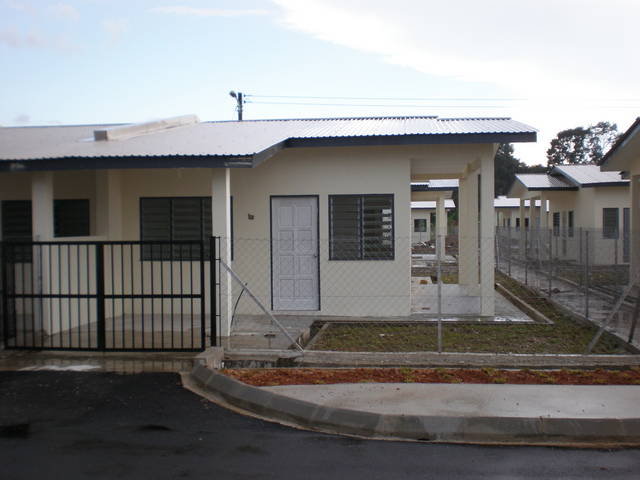 According to local press reports recently, Minister of Urban Wellbeing, Housing and Local Government Datuk Abdul Rahman Dahlan said the National Housing Department will build 1,500 public housing units under the People’s Housing Programmed (PPR) in eight locations throughout the state this year and this was in addition to the other public housing projects being undertaken here. “An estimated 2,000 more units to be built in the next year,” he said at a news conference during the breaking of fast with the staff of the Fire and Petra Jaya Fire and Rescue Department here on Tuesday.

We support the government’s intention to build more low-cost housing units and affordable housing for the people, but Sarawak has a population of over 2 million and there are still many people in Sarawak which is in the category of poor and cannot afford to own their own homes due to the cost and price of the house now in Sarawak too high and expensive.

During the past 13GE, the Barisan Nasional (BN) promise to provide 1 million affordable homes for the people of Malaysia but when Barisan Nasional was given a mandate after the 13th general election all the promises left with nothing. Supposed to be the federal government should give priority to Sarawak and Sabah because without the support and sources of revenue from Sabah and Sarawak, the BN government at the federal level difficult to be formed.

We urge the federal government increase the provision of low cost housing and affordable housing for the people of Sarawak, especially to the less fortunate and difficult to own a home. Most of them are living with their parents and they rent a house or build a house in slum areas.

National Housing Department should build at least 15,000 public housing units under the People’s Housing Programme (PPR) per year instead of only 1,500 units so far as announced.

With the cost of public housing that is average and cheap, squatters and those who do not own their own home can be overcome in the near future. Competitive prices of private homes that zare too expensive will definitely be adjusted with the availability of affordable public housing costs that are owned by many of the less fortunate.

Our recommendations to the federal government is to increase the provision of affordable residential properties in major cities such as Kuching, Sibu, Bintulu and Miri can reduce the problem of people who do not own their own homes. Due to the increasingly rapid industrialization in parts of Bintulu and Miri cause house prices soaring due to demand from the parties that want to put their employees residing in those cities.

Due to industrial projects, many foreign workers are also renting and buy a house in the country with the exchange rate, which the Malaysian currency is lower and they can afford to buy a home even with high prices and who bear the brunt of rising house prices high is the local people that is less fortunate and poor.

We hope that the government to take immediate action to resolve this issue from lingering, though it profitable one party but the people themselves become the victims by the capitalist system that only concerned with purely profit not the welfare of the people in need own abode. The government should give priority to its own people first before giving facilities to foreign investors by building more low-cost public housing and affordable housing, especially for the local people.

The conditions of affordable housing should be provided to all eligible people regardless of race, religion and political affiliation, not just for certain groups such as cronies, family members and those who have an interest such as the wealthy and billionaires because they can afford to own a house without having the assistance of the government.

The government should tightening of conditions and transparent in providing convenience to those who need a home so that they are not sold to third parties for its own benefit after they successful acquires the home later. Such conditions must be applied fairly so that the goal of giving a home to the target group is really achieve the objectives.

We urge the government to address this problem immediately so that the people of Sarawak in particular, are not left behind in development that getting busier now. With the availability of affordable housing, we believe the people will live in peace and comfort and the squatter problem, homeless and hardcore poverty in Sarawak can be resolved to the extent possible.