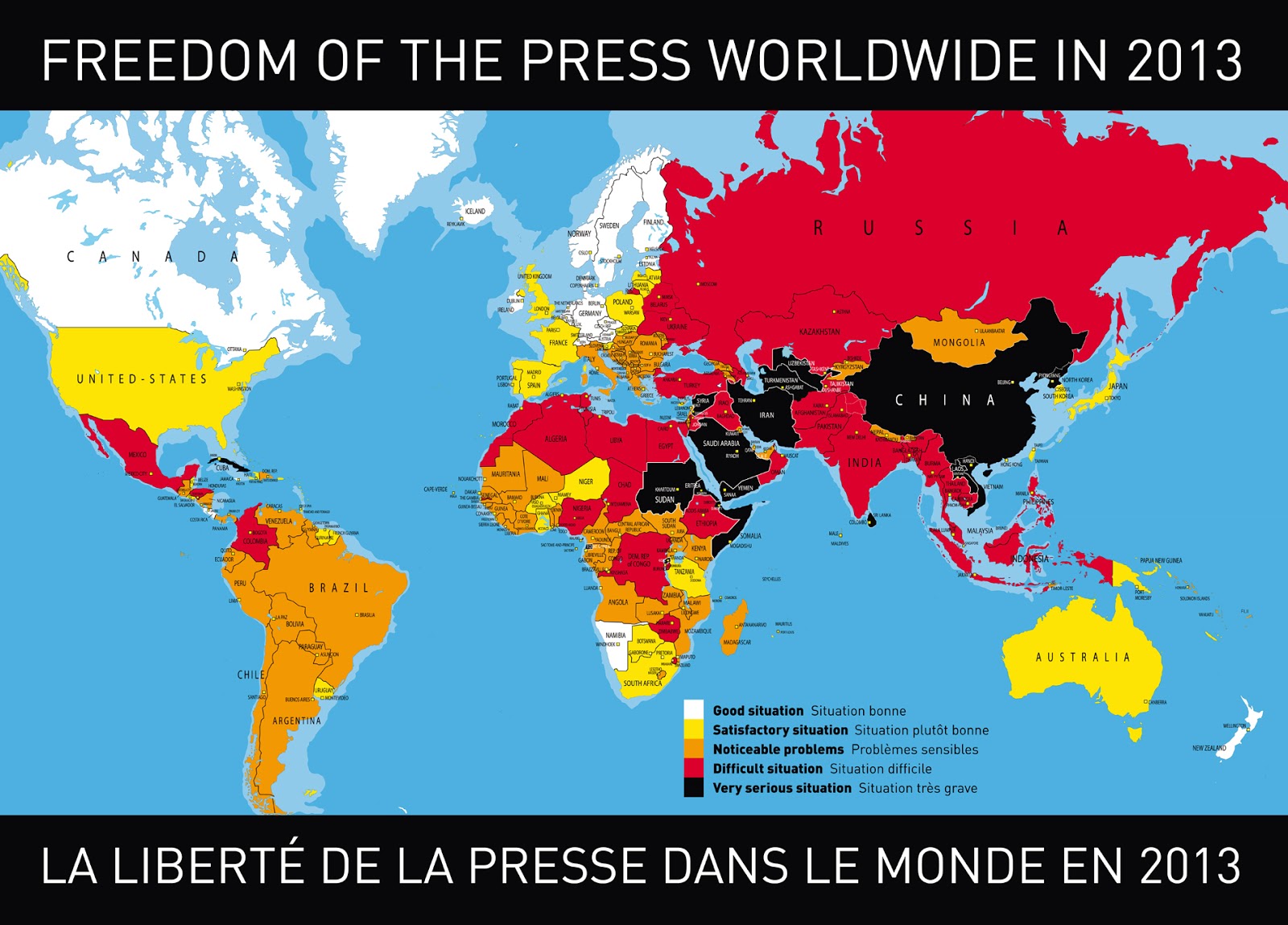 Freedom of the press and printing or freedom of the media entails freedom of communication and expression through various channels of print and electronic media. Although media freedom usually implies the absence of government intervention or interference, it is the duty of the government to ensure its protection by defining it in the constitution or any relevant laws. The concept of freedom of speech is often covered by the same laws as freedom of the press, according equal treatment to spoken and published expression.

According to Article 19 of the Universal Declaration of Human Rights, “Everyone has the right to freedom of opinion and expression; this right includes freedom to hold opinions without interference and to seek, receive and impart information and ideas through any media and regardless of frontiers”. As such, to safeguard media freedom, the definition and acceptance of the concept has to be entrenched in any country’s legal system.

A government would usually distinguish which materials can be disclosed to the public or have to be protected from the public domain based on categorisation of information as sensitive, classified or secret and being withheld in the name of national interests, which could be arbitrary at times. Some governments have the tendency to interpret national security and surveillance needs in an overly broad and abusive manner at the expense of the right to inform and be informed, a phenomenon which is fast becoming a global threat to freedom of information in countries deemed as democracies.

Apart from legal definitions, there is an increasing number of global non-governmental organisations (NGOs) with their own assessment criteria to determine levels of press freedom worldwide. Among the prominent global NGOs are Reporters Without Borders (RWB), the Committee to Protect Journalists (CPJ) and the Freedom House. Among their assessment criteria include:

1. the number of journalists murdered, expelled or harassed; the existence of government monopoly on TV and radio; the existence of censorship and self-censorship in the media; the overall independence of media and difficulties that foreign reporters may face as considered by RWB

2. the possibility and existence of independent research, fact-finding missions and first-hand contacts in the field; journalist deaths and detentions/imprisonments as considered by CPJ

3. existence of relationships of dependence that may limit the level of press freedom in practice such editorial independence enjoyed by the press by studying the political and economic environment in general of a country as considered by the Freedom House

The RWB releases a ranking of countries in terms of their press freedom every year, called the World Press Freedom Index, which aims to become a good governance indicator. This index is arrived based on responses to surveys sent to journalists who are members of partner organisations of the RWB as well as related specialists or experts in the field such as researchers, lawyers, jurists, judges and human rights activists. Questions in the survey only deal with press freedom such as direct attacks on journalists and the media as well other indirect sources of pressure against the free press but do not attempt to measure the quality of journalism. The index is in essence a reference tool based on 7 criteria, namely the level of abuses, the extent of pluralism, media independence, the environment and self-censorship, the legislative framework, transparency and infrastructure.

According to the RWB, more than a third of the world’s population lives in countries where there is no press freedom. In fact, these people live in countries where there is no system of democracy or where real democratic process is seriously lacking. In many of these countries, according media freedom and hence, greater democratic space, seems to be a big issue since strict control of access to information is a sine qua non to the existence of most non-democratic governments. It is therefore very common for media organisations in these countries to be state-owned or state-run to ensure promotion of their propaganda so much so that the existing power base can be maintained while any dissenting views or even merely attempts to challenge the “approved mainstream line” can be easily suppressed. Journalists or members of the media with critical mind in such countries may find it very difficult to operate and are often subject to intimidation or scare tactics by agents of the state from simple threats to their professional career to even death threats, abduction, mental and physical torture and worst, assassination.

The 2014 World Press Freedom Index, which covers 180 countries (out of 193 sovereign states recognised by the United Nations), one country more compared to 2013, highlights the negative correlation between freedom of information and conflicts, both open and undeclared conflicts. In an environment of high instability and uncertainty, the media has become strategic goals and targets for those who attempt to control news and information, violating the rights and guarantees as enshrined in international laws, in particular Article 19 of the International Covenant on Civil and Political Rights, the 1949 Geneva Convention and the 1977 Protocols Additional 1 and 2 to the Geneva Convention.

At last, the international community provided a positive response to the surge in violence against journalists worldwide, at least in terms of resolutions. The United Nations (UN) General Assembly adopted its first-ever resolution on the safety of journalists by consensus on 26 November2013. From now onwards, 2 November every year should be celebrated as International Day to End Impunity for Crimes of Violence Against Journalists.

It was indeed a step in the right direction, complementing Resolution 1738 condemning attacks on journalists in armed conflicts, which the Security Council adopted in December 2006 on Reporters Without Borders’ initiative, and the UN Plan of Action on the Safety of Journalists and Impunity, adopted in April 2012. The RWB is now pushing the UN to create a group of independent experts with the task of monitoring respect by member states for their obligations, in particular, their obligation to protect journalists, to investigate all cases of violence against them, and bring those responsible to justice.

In 2006, Malaysia was still in a respectable position at 92nd spot but things worsened under PM Najib’s administration, even plunged to the bottom quarter of all the countries under assessment. This clearly runs counter to PM Najib’s promise to make Malaysia “the world’s best democracy”.