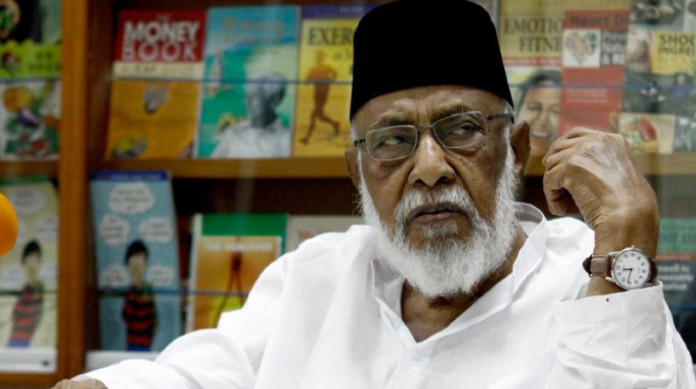 Citizens International (CI) is urging the government to issue a strong statement against those responsible for the culture of hatred against Muslims and Islam in the world today.

The chairman of the non-governmental organisation (NGO), S.M. Mohamed Idris, said the culture of hatred is responsible for the massacre of 49 worshippers at two mosques in Christchurch, New Zealand, yesterday.

He also called for an urgent meeting of the Organisation of Islamic Cooperation (OIC) to discuss the terrorist attack and the underlying causes.

“The OIC has to formulate a plan to counter the propagation of hatred against Muslims and Islam.

“Initiate action at the United Nations to stop the propagation of Islamophobia once and for all,” he added.

Idris said CI condemns the brutal and barbaric killing of the 49 Muslims in Christchurch allegedly by a white supremacist terrorist.

“We express our deepest condolences to the families of the victims of this ghastly murder and pray that God showers his blessings on their departed souls.

“We also pray for the early recovery of those wounded in the attack,” he said.

Idris added that political leaders such as United States President Donald Trump and Britain’s former foreign secretary Boris Johnson, whom he described as “Islamophobic”, and the Western media are purveyors of hate against Muslims and Islam.

He said they must be held responsible for the cowardly killing of Muslim worshippers.

“The hypocritical condemnation by these leaders of the vile act, and their expressions of condolence, will not wash away the blood on their hands of these innocent victims,” he said, adding that white supremacists saw Trump as their leader and inspiration.

He noted that the Australian-born murderer had published a 74-page dossier hailing Trump as “a symbol of renewed white identity and common purpose”.

“Islamophobia is not on the fringes, but at the centre of several Western governments,” he added.

Idris said Trump’s national security adviser John Bolton was a former chairman of Gatestone Institute. And, according to a report by American broadcast television network NBC, he said the institute “promotes misleading and false anti-Muslim news”.

During Bolton’s chairmanship, the institute had warned about a looming “jihadist takeover” of Europe leading to a “Great White Death”.

Idris said Trump’s administration had pursued an anti-Muslim policy, and that during his election campaign, Trump had appealed to white supremacists by saying “I think Islam hates us”.

He noted that Trump had banned immigration from some Muslim countries and sharply cut the entry of Muslim refugees into the US.

“White supremacists have an informal international network to carry out anti-Muslim campaigns.

“A Guardian (British newspaper) investigation last year revealed that the British founder of the fascist English Defence League, Tommy Robinson, an anti-Muslim campaigner, had received financial, political and moral support from a broad array of non-British groups and individuals, including US think-tanks, right-wing Australians and Russian trolls.

He said these included the Middle East Forum, David Horowitz Freedom Centre and the Gatestone Institute, which preaches lies and hatred against Muslims and Islam.

“Western governments have taken no action against individuals, think-tanks and media that are inciting hatred against Muslims.

“They consider the incitement to hatred, which could lead to violence against Muslims, as exercising freedom of expression, but criminalise peaceful boycotts against Israel and any criticism of Zionism,” Idris said, adding that their failure to take action against these “merchants of hatred” amount to encouraging hostility to Islam and Muslims, resulting in violence against them. – NST