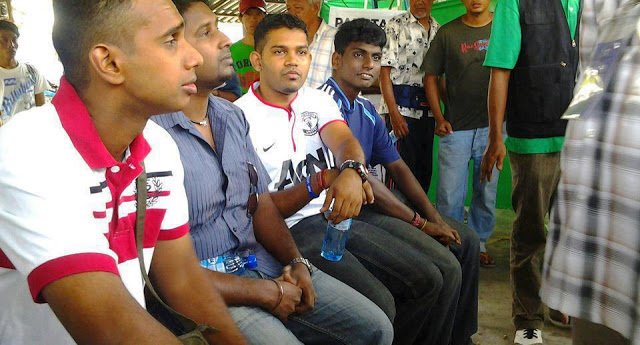 Credible information that I have received recently showed a substantial level of human trafficking from Dhaka to KLIA done very openly and facilitated by alleged corrupt practice at the visa issuance section of the Malaysian High Commission in Dhaka and Immigration personnel in KLIA.

Since March this year, six direct flights a day arrive from Dhaka at KLIA – two by MAS, one by Biman Bangladesh Airlines, one by Regent Airways and one by United Airways carrying 900-1000 passengers. A seventh flight has just been approved for Malindo Air effective from 26 August 2013 adding another approximately 180 passengers. Taking into account indirect flights with other airlines ( Thai Airways through Bangkok, Sri Lanka Airways through Colombo) the number of passengers arriving daily from Dhaka is easily around 1000 per day. Most of them arrive bearing 30 day tourist visas issued at the Malaysian High Commission at Dhaka. Enforcement agencies here should have immediately red-flagged the fact that a country like Bangla Desh is purportedly sending 1000 tourists a day to Malaysia, bearing in that even India has only 3 daily flights arriving a day at KLIA.

The information I have received shows a Bangladeshi company called Union Tours and Travel Limited playing a key role in this large number. This company was appointed by MAS as its General Sales Agent in the second half of 2012 and succeeded recently in March in getting MAS to increase its daily flights from the long-standing daily flight to two flights daily. Union Tours was also recently appointed by the Malaysian High Commission as the latest addition to a list of 25 companies appointed and authorize to facilitate applications for visas to Malaysia ( called visa submitting agents) .

The information received shows that large numbers of tourist visas are issued daily at the Malaysian High Commission in Dhaka facilitated by Union Tours and Travel Ltd involving the use of false documentation and payment of large fees of up to 32,000 Taka ( about RT 1300 ) for each tourist visa. The official fee payable for a visa is actually 20 RM ( about 500 Taka ) with a permissible service charge of up to 1000 Taka.

The information suggests that corrupt payments are used to smooth the process of visa issuance at the High Commission and also to ensure that there are no problems at check-in in Dhaka. Similarly, Immigration personnel in KLIA do not hinder the entry of the approximately 1000 so-called Bangladeshi “tourists” who arrive daily at KLIA.

I am told it is obvious at plain sight that many of those who arrive do not look like tourists and are in actual fact migrant workers who are on a one-way trip into Malaysia to find work. This raises the inference of corrupt practice at the KLIA end.

I have therefore lodged a police report today at Balai Polis Tropicana in order that that the various agencies can initiate investigations. I have also forwarded some documents in respect of the facts stated above. I will also be forwarding the same documents to the Malaysian Anti-Corruption Commission for their action.

I call upon the authorities to ensure a speedy and effective investigation.

To assist them, I have also given them the names and passport numbers of 5 Bangladeshi nationals who I am informed have obtained so-called “tourist” visas in the manner I have described above through Union Tours and Travel Limited.

Such human trafficking makes victims of the migrant workers who will become undocumented and vulnerable to all forms of exploitation in Malaysia. Such acts are a serious crime. These acts also deprive the Malaysian government of substantial revenue in the form of levies which are collected from workers who come in legally and documented properly.

A large unchecked flow of undocumented workers affects employment for locals in Malaysia and also raises social issues. Amongst the issues raised in the last general election campaign was the phenomenon of foreign workers being given blue IC’s and the right to vote.

I understand that such allegations of corrupt payments for tourist visas to Malaysia in Dhaka have been raised from time to time in the print media there. I have also handed to the police today a copy of one example in 2009 where an article dated 17the December 2009 in the daily SAMAKAL newspaper reports the allegation that an employee in the Malaysian High Commission collected 200 USD to issue a tourist visa.