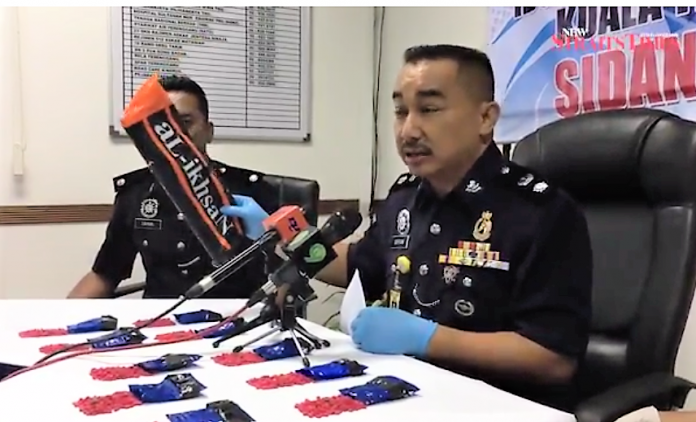 KUALA TERENGGANU: Police have arrested an 18-year-old boy, suspected to be a member of a major drug syndicate in Kuala Terengganu, at his house in Kampung Batin, Seberang Takir, here on Monday.

District deputy police chief Superintendent Suffian Sulaiman said in the noon raid, the raiding party seized 2,200 stimulant pills worth RM22,000 from the suspect, a school dropout since he was 16.

Suffian said the boy was sleeping at the hall when the police team stormed the house. The raid was conducted following a tip-off and two months of surveillance.

He said the team had blocked all escape routes to prevent the suspect from escaping.

“Upon further checks, police found a plastic packet filled with the wrapped drugs near his bed,” he said told a press conference at the Kuala Terengganu police headquarters today.

“He was tested negative for drugs but was taken here for further questioning,” he added.

Suffian said the suspect was being held at the station for seven days starting today under Section 39B of the Dangerous Drug Act 1952 for drug trafficking.

“We have identified several others suspects involved in the syndicate and will be making more arrests soon,” he said.

He added that early investigations revealed that the teenager secured the drug supply from a neighbouring country. Police believed he was involved in distributing drugs in Kuala Terengganu and nearby Kuala Nerus – NST