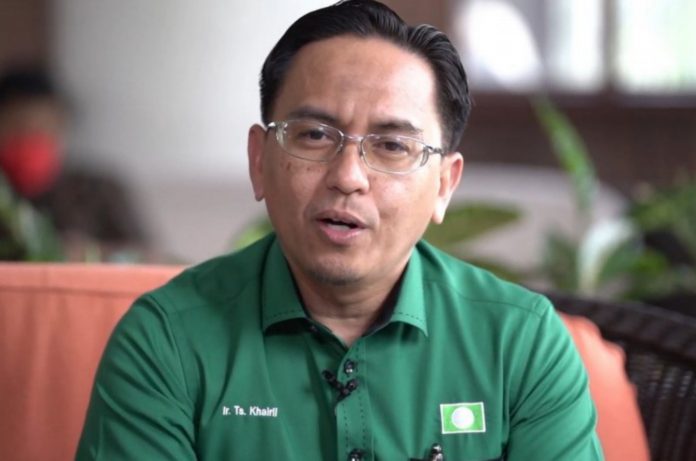 Datuk Seri Ahmad Zahid Hamidi should be magnanimous in supporting the government with the wellbeing of the people in mind, rather than putting his own interests first, said PAS information chief Khairil Nizam Khirudin.

In a Facebook post today, Khairil urged the former deputy prime minister to harness his wealth of experience and assist Prime Minister Datuk Seri Ismail Sabri Yaakob in spearheading the recovery of Malaysia’s economy, which is currently in crisis.

“Just like the Umno president wanting to postpone the Umno election for the sake of the party’s unity and stability, above everything else, it is also the government’s wish to stabilise the country.

“Do not destroy the trust given by the people and other parties to the government only to save yourself. Give unconditional support to the prime minister for both him and his Cabinet to restore the country and bring Malaysia to a higher level,” he said.

The former PAS Youth leader said the reason for his party’s support of Ismail Sabri’s Cabinet was to ensure that the welfare of the people remains the top priority.

He added that PAS also wanted to ensure that the current government administers the country better than the Pakatan Harapan (PH) government.

“The main problem facing the country today is not the issue of which party or who should lead the government, but the economic crisis.

“Rising inflation is holding people back, especially the low-income group,” he said.

Allegations abound that Umno had been pressuring the prime minister to hold the 15th general election (GE15) sooner rather than wait for the current mandate to expire next year so that its top leaders who are fighting court cases can contest.

Yesterday, PAS national election director Datuk Seri Muhammad Sanusi Md Nor suggested that Umno’s insistence on having GE15 as soon as possible was because Ahmad Zahid, who is on trial for multiple corruption charges, feared going to prison.

Umno information chief Shahril Hamdan today issued a rebuttal in which he said that Umno’s push for snap polls came from grassroots members and not those currently on trial for criminal offences.