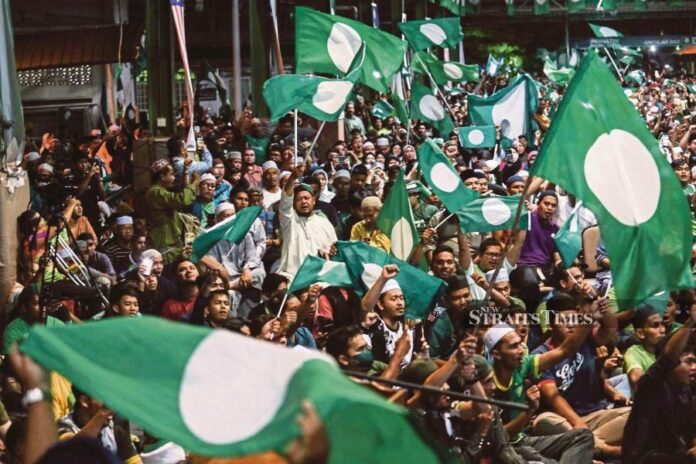 “We made the effort, now we are calm in accepting it as the will of Allah SWT. InsyaAllah, there’s wisdom (Hikmah),” he said via a post on his Facebook account.

Meanwhile, Nurul Amin Hamid, who won the Padang Terap Parliamentary seat, said that he accepted the fate that has already been decided.

“We are calm with what Allah SWT has decided. Our struggle never stops. We move on. InsyaAllah, I will do my very best to serve the people of Malaysia and Padang Terap. Pray for me,” he said.

“Keep on praying that Allah SWT provides a miracle. Allah SWT’s wisdom and knowledge is both far and wide. Let us correct ourselves and Allah SWT will be with us. Today is not the end, tomorrow is still there,” he said.

Anwar’s appointment as the country’s 10th Prime Minister not only ended the uncertainty surrounding the formation of the new government but also puts an end to the 24-year wait for the PKR president to become the Prime Minister.

Meanwhile in a related development, Barisan Nasional chairman Datuk Seri Dr Ahmad Zahid Hamidi said that all sides and quarters must respect the decree by the Yang Di-Pertuan Agong for the formation of the new federal government.

“All sides should not be disappointed by the decision of the Yang Di-Pertuan Agong and should refrain from being rebellious,” he said.-NST