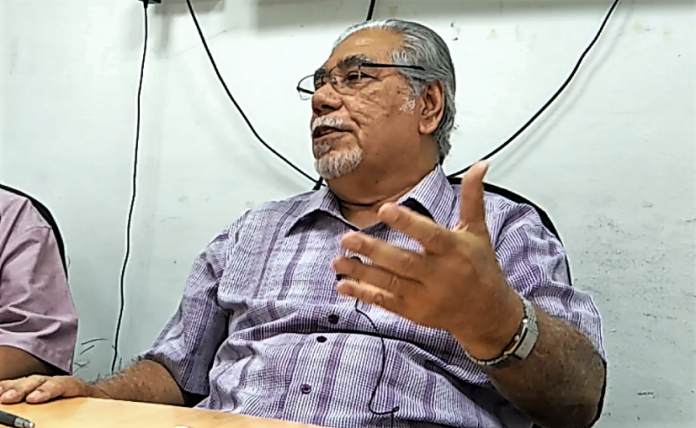 KUALA TERENGGANU: The upcoming Tanjung Piai by-election will prove to be the yardstick to measure the political cooperation between Umno and Pas following signing of the National Consensus Charter.

Pas veteran and the Islamic party’s former secretary-general Datuk Mustafa Ali said the by-election would also prove to be a test for MCA’s political strength.

He said as such the Parliamentary seat should be left to a MCA nominated candidate to be contested to show that the National Consensus is not limited to only the Malays but also involves other races.

“The Tanjung Piai parliamentary by-election will be a measure of strength for the MCA if it is destined to win the by-election.

“It (if MCA wins) would also boost MCA’s morale and this in turn would pose a threat to the DAP.

On Parti Bumiputera Perkasa Malaysia (PUTRA) being prepared to contest the Tanjung Piai seat, Mustafa said the party was free to do so as it was their right.

He said the presence of PUTRA in Tanjung Piai would not outweigh the PH and BN candidates, but it undoubtedly could affect the votes and positions of the respective pact and coalition.

“Of course the major portion of Putra’s support would come from the Malays and this in turn would affect the Malay votes to the two parties (PH and BN),” he said.

The 42-year-old, Deputy Minister in the Prime Minister’s Department, died at the Pontian Hospital from a heart attack.

The Election Commission will meet on Tuesday to trash out details and logistics for the by-election including its nomination and election dates.

Tanjung Piai seat has been traditionally held by the MCA since its creation in 2003, following a parliamentary constituency re-delineation exercise.

Apart from Wee, a former deputy minister under the BN who won the seat for two consecutive terms in 2008 and 2013, former MCA president Tan Sri Ong Ka Ting had also held the seat for a single term when he was elected in 2004.

In GE14, the total number of registered voters in the Tanjung Piai parliamentary constituency was 53,528. Out of that figure, Malays comprised 56.8 per cent, Chinese 41.64 per cent, Indians 1.01 per cent and others 0.55 per cent.

Tanjung Piai is located 65km southwest of Johor Baru, and 30km south of Pontian and is the “Southernmost Tip of Mainland Asia”. It has been designated as a world heritage site since Jan 31, 2003. – NST