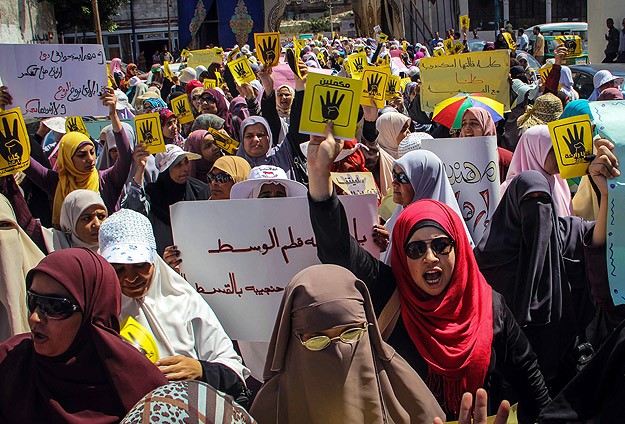 In a statement, RCEW said: “While criminals, headed by ousted president Mubarak, are acquitted Egypt’s most honorable and patriotic youths suffer severe atrocities in junta jails”.

RCEW further added: “This mass-execution death sentence includes 65-year old Samya Shanan, who was detained in September 2013. She is thus the third woman sentenced to death since the coup. Two other women had been sentenced to death, in the Odwa lawsuit, before their sentence was commuted to life imprisonment.

“Since her arrest and detention in coup prisons, Samya Shanan suffered various physical and mental torture that covered her entire body with scars, cuts and bruises, with severely brutal beatings and inhuman torture, in addition to many other forms of cruel punishment.”

In conclusion, RCEW said: “The hand of retribution will certainly punish all the criminals. Then, no culprit or criminal will escape punishment, even if they happen to be members of the judiciary. Unjust and intensely politicized rulings put those who issue them among the criminal coup commanders and collaborators”.