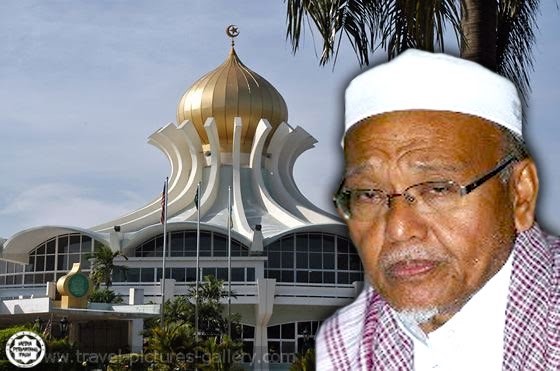 A Penang Fatwa Committee member today agreed with the state chapter of PAS that there was political interference in the issuance of fatwas or religious edicts here.

“I am still a committee member and I fully support the former committee member, Ustaz Afnan Hamimi’s claims that there was political intervention from the state government in the fatwa process,” he said in a statement he issued today.

When contacted, Md Salleh confirmed that there was alleged meddling by the state government in the fatwa process.

He claimed that state exco Datuk Abdul Malik Abul Kassim had in 2010 instructed the Penang Fatwa Committee to review its decision in gazetting 40 words banned to non-Muslims — including “Allah” — so as to be consistent with the state government’s stand on the issue.

The non-Muslim use of “Allah”, Arabic for God, had been the subject of a civil suit filed by the Catholic Church against the Home Ministry. The judiciary later sided with the government’s decision to restrict the term to Muslims.

“I am very disappointed with the state religious affairs exco for his meddling in the fatwa process,” Md Salleh said.

“However, the fatwa committee stood firm in the Kalimah Allah fatwa that was gazetted and it has remained a fatwa.”

The fatwa on the 40 words that non-Muslims are not allowed to use were passed and gazetted under Section 48(3) and (4) of the Penang Islamic Religious Administration Enactment 2004.

Md Salleh further claimed that other fatwas were put on hold by the state religious affairs exco, and urged his committee to discuss the alleged interference.

He also appealed for all political meddling to cease immediately, insisting that the edicts be presented directly to the Yang di-Pertuan Agong and bypassing the state exco.

“I am disappointed with this action; it is as if the state religious exco has more authority in the fatwa process is than the fatwa committee,” he said.

Md Salleh then urged Muslims to defend the state fatwa committee in the matter.

In an immediate response, Penang Mufti Datuk Dr Wan Salim Wan Mohd Noor said he did not recall the discussions by the committee regarding the “Allah” controversy, but said the fatwa on the matter remained valid.

“As long it is not minuted, then any views presented in the meeting are just opinion and individual interpretation that do not change any fatwa decisions,” he said.

On Md Salleh’s claims that some fatwas were delayed, Wan Salim said the state religious exco was likely waiting for appropriate times to announce these, but denied that he blocked them from being gazetted.

While saying he also felt that edicts should be presented directly to the Yang di-Pertuan Agong for approval, Wan Salim said he was sympathetic to the realities of the state official.

“But as a politician, the state religious exco must have his own reasons in choosing an appropriate time to gazette certain issues especially in the social political context of Penang,” he explained.

In the past week, Afnan has issued statements calling on the state government to stop political interference in the fatwa committee.

He also questioned the reasons behind the non-renewal of former mufti Datuk Seri Hassan Ahmad’s contract.