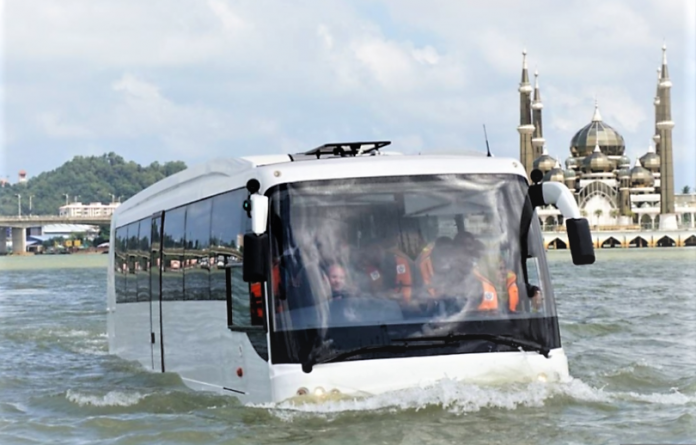 A FEW days ago, an amphibious bus (amphicoach) made its first public appearance on the Terengganu River, passing by many attractions including the iconic Masjid Kristal (Crystal Mosque).

The amphicoach is meant to boost tourism and also to be deployed during floods. But how well it serves its dual purpose remains to be seen.

In 2014, the Terengganu state government signed a contract for the purchase of two units of amphicoaches worth about RM3mil for delivery by May 2015.

The plan was to use these vehicles to ferry victims during the monsoon floods and also to promote tourism along Sungai Terengganu and Tasik Kenyir.

The amphicoaches, which are produced in Malta, became a subject of controversy when they could not be delivered on the scheduled date. But patience has paid off in the end.

However, the delay could have been a blessing in disguise as there must have been something wrong, such as technical issues, to have caused the repeated delays.

Toying with the idea of having coaches that could be driven into the Terengganu River or Kenyir Lake is like playing with water, which is as dangerous as playing with fire.

If a busload of tourists were to sink in the waters, it would be a great setback for the state government which is trying hard to promote tourism.

And during floods, victims marooned by the floodwater might not be able to jump into the amphicoach because water would rush in once the door is opened.

It would be far safer and cheaper to operate passenger ferries for tourism and rescue boats during floods. The amphicoach may be a novelty but many riverine cites around the world tend to place safety first.

About 700 people drown annually in Malaysia. Steps should be taken to reduce this, including avoiding unnecessary risks. Floating vessels can sometimes sink, what more a heavy road-going vehicle.

Moreover, the Land Public Transport Commission is unlikely to issue a special permit for such an odd vehicle, and it cannot be sent for initial inspection at Puspakom if not approved by the technical department of the Road Transport Department.