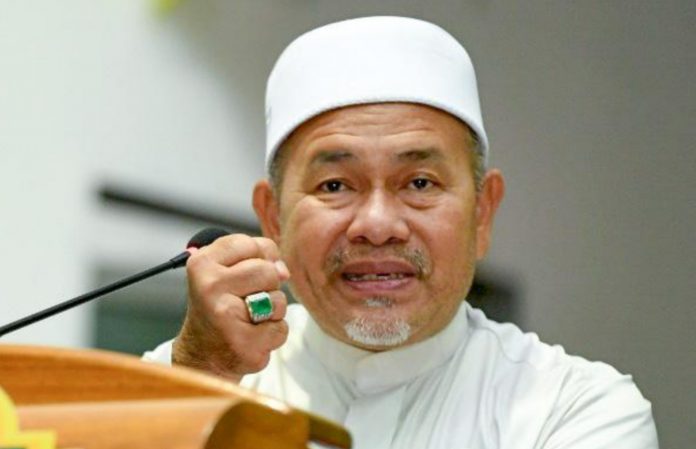 KUALA TERENGGANU, March 14 — PAS will send a letter to Tengku Razaleigh Hamzah or Ku Li soon to express regret over the statement made by the Umno veteran labelling the party as a “political prostitute”.

PAS deputy president Datuk Seri Tuan Ibrahim Tuan Man said the statement made by the Umno advisory board chairman was uncalled for as the remark was openly made through the media.

“We (PAS and Umno) have good relations in Muafakat Nasional (MN) and we have a platform to discuss anything we do not agree with. The MN meeting also continues to run once every two weeks and there are no issues. Statements like this are not helpful and should not be made by any party,” he said, describing the statement as Tengku Razaleigh’s personal opinion and not Umno’s.

Tuan Ibrahim, who is also Environment and Water Minister said this to reporters after officiating the work ballot draw under the allocation of the ministry at Wisma Darul Iman here, today.

Tengku Razaleigh in an interview with a news portal was quoted as saying that PAS was a “political prostitute” that needed to be defeated in the next general election.

He described the party’s actions during several by-elections held previously were proof that the party could not be trusted.

Meanwhile, in a separate programme, PAS President Datuk Seri Tian Guru Abdul Hadi Awang said although there were various accusations hurled at PAS, the party would always prioritise and continue the efforts to unite the Ummah which had been its cause for so long.

“The unification of Ummah is firstly among the Muslims, and secondly involving all human beings. We reject those who are extreme,” he said adding that PAS sought to not only unite PAS and Umno but everyone.

Asked whether the statement made by Tengku Razaleigh, who is also Gua Musang member of parliament (MP) could be considered excessive, Abdul Hadi said, “It is up to the public to judge.”

Ustaz Abdul Hadi, who is also Marang MP, told reporters this after he received the Covid-19 injection at Chendering Health Clinic here today.

The 74-year-old leader is among the oldest recipients of the Covid-19 vaccine in Malaysia under Phase 1 besides former prime minister Tun Dr Mahathir Mohamad, 96, and wife Tun Dr Siti Hasmah Mohamad Ali, 95. — Bernama