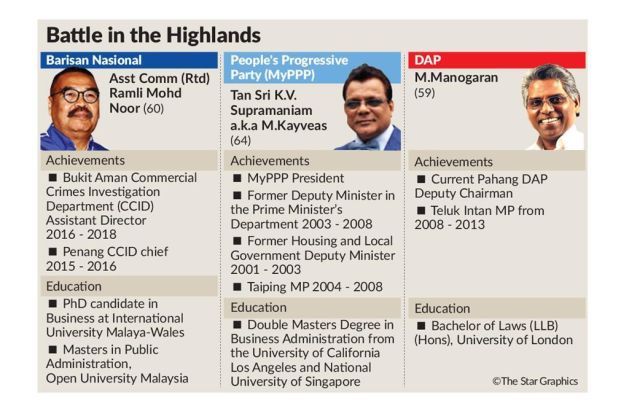 Prime Minister Dr Mahathir Mohamad today reiterated that PAS has said it would not back Umno in the Semenyih by-election.

This follows what Mahathir claimed were denials that the Islamist party would not work with Umno in the run-up to the March 2 polls.

Mahathir explained that PAS’ undertaking for not supporting Umno this time around was because the Pakatan Harapan (PH) candidate going up against Barisan Nasional was not from DAP.

PH had on Thursday named Aiman Zainali of PPBM as its candidate for the polls next month.

“I have to speak the truth. Hadi (PAS president Abdul Hadi Awang), Takiyuddin (party secretary-general Takiyuddin Hassan) and Terengganu MB Ahmad Samsuri Mokhtar had themselves told me they will not back Umno as their opponent this time is not from DAP.

“They supported Umno previously because the Cameron Highlands by-election candidate was from DAP. But Umno is not going up against DAP this time,” he said at a press conference after launching the National Community Policy here today.

Mahathir said while the trio had said they would not back Umno, they did not want to make a declaration.

“They did not say if they wanted to support PPBM or not. But they said they will not support Umno, and that their leaders will not show up. But as we know, PAS leaders did show up,” he said.

Mahathir had yesterday reportedly claimed that PAS had said they would not back Umno in the Semenyih polls. He also said there was a written and signed admission by Hadi in this regard.

Asked about the written admission by Hadi, he said it was a proposal but that they also gave him a signed admission by Takiyuddin.

Mahathir, the PH chairman, had met with Hadi at the Albukhary Foundation’s office in Kuala Lumpur on Friday.

It was the second meeting between the two since Mahathir assumed the premiership last year.

Also with him were Takiyuddin and Samsuri.

Mahathir said that at the meeting, Hadi requested that PAS representatives be appointed to various state agencies.

He did not elaborate on the requests but likened them to the involvement of PH representatives in PAS-controlled Kelantan and Terengganu.

“We (PH) don’t have any representatives in Kelantan and Terengganu, so we can’t be involved.