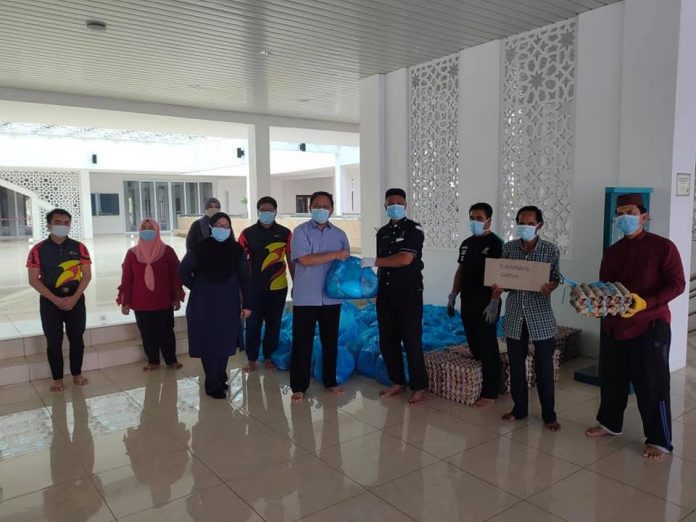 PAS Miri received numerous complaints from villagers that it was difficult to obtain food supplies and that it was delayed as they had to fill out forms online and of course take time to process. Of course, villagers who do not have the facilities and the ability to fill in online are difficult to get help right away.

According to the complainant who did not want its name published, residents of Kpg Lusut, Permy Jaya, Tudan, Pujut and almost all areas around Miri city, as well as Night Market traders and others, found it difficult to get help because of the MCO.

According to the complainants, the MCO is now making it more difficult for NGOs and other charities to distribute basic necessities directly to people who are disconnected food supply around Miri city especially in the suburbs and residential areas.

According to the complainant again, the help was quite slow so some people had to leave the house looking for their own food. For those who own a farm and have money, they can buy their own needs but the poor and have no money, of course, they are starving because there is no food supply to their place.

Maybe this is one of the reasons they had to leave home because of they could not withstand the stress of life. “Berat mata memandang, Berat lagi bahu memikul” (You may see or feel someone’s sadness or unhappiness, but it’s heavier on the shoulders that carry the burden of sadness or unhappiness.) many may face the same problem with late help, they have to leave home to support their family daily life.

There is also the NGOs and charities try to channel aid directly to those recipients but could not do it because of the MCO. They had to postpone the help to find other alternatives to distribute donations that can be sent directly to the recipient immediately.

Meanwhile, the distribution of basic needs contribution to the people of Kpg Kuala Suai, Niah was successfully delivered before the second phase of the MCO was implemented where the movement was allowed only 10 km. The contributions received permission from local authorities in collaboration with the Jabatan Amal Malaysia, Dewan Pemuda PAS Kawasan Miri, and the NGO Pertubuhan Kebajikan Rumpun Islam Sejagat Miri (KERIS).

Contribution from public funds raised from PAS Bintulu and PAS Miri specifically for distribution to villagers that disconnected from the food supply. Also, present for delivering the contribution to the 13 families in the village was PAS Sibuti (YDP) chief, Mr. Zulaihi @ Anai accompanied by Mr. Yusuf Awang Kerta, Secretary of the JKKK Kpg Kuala Suai.

PAS urges food aid must be done immediately and systematically so that all donations to the charity center can be distributed to the target area on time. The supply of groceries to each family at least could last for a week or more during the MCO period. The government needs to give permission to NGO volunteers if there is not enough manpower to distribute food supplies to people in need immediately. Immediate assistance needs to be made regardless of race, religion or political affiliation. For those who are not involved in distributing donations, it is best to stay home.