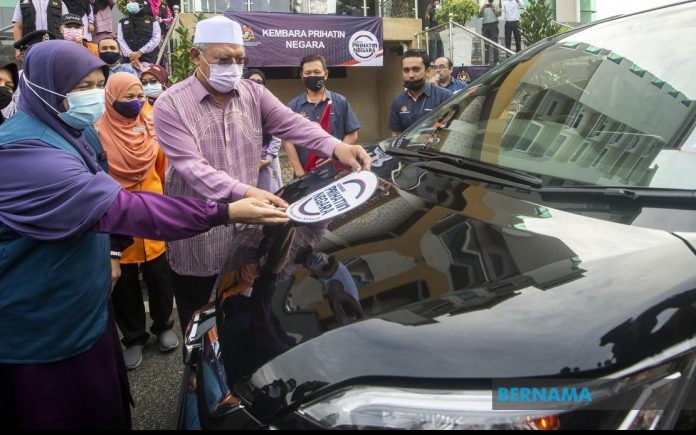 She admitted that the pandemic that hit the country had put pressure on many people, especially family relationships after the government had to enforce the Movement Control Order (MCO) in March to curb the spread of infection.

“However, we need to take care of our families. In the current situation, we do not want undesirable things to happen such as domestic violence or emotional abuse or any issues that can affect family relationships.

As family members, this ‘space’ (ties) should be used as much as possible and we should take the opportunity to strengthen the relationship among us,” she told reporters after launching the state-level Kembara Prihatin programme at the state level here today.

She was commenting on a report on Dec 16 on the emotional and sexual abuse involving children which has been on the rise during the MCO period and quite alarming.

In this regard, she urged the public to cooperate by disseminating information to the agencies concerned to help the victims as soon as possible.

“Neighbours can complain about issues such as abuse via the Talian Kasih hotline 15999 or WhatsApp at 0192615999 for the relevant officers and agencies to protect the victims,” she said.

Statement Wartawan BO - 19/01/2021
Heavy rains and high tide phenomena have caused large waves that cause an overflow of seawater on the road, affecting several areas along the...