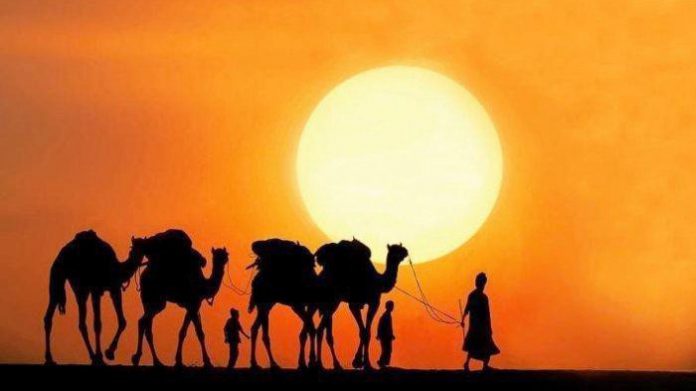 The beginning of Muharram or Maal Hijrah is an important day for Muslims because it marks an important event that took place in the history of Islam, namely commemorating the migration of the Prophet Muhammad Sallallahu Alaihi Wasallam from the city of Makkah to Medina in 622 AD.

The migration of the Prophet Muhammad Sallallahu Alaihi Wasallam from the city of Makkah to Medina was not because he fled or was considered a “refugee” as stated by a leader who did not understand what the real meaning of Hijrah was.

On Monday, September 20, 622 AD the migration of the Prophet Muhammad from Makkah to Medina. Many Western orientalists consider this action to be an escape. But this migration took place not because the Muslims were afraid of the threat of the Quraish of Makkah but because of the invitation of the people of Madinah themselves.

The theme of the Ma’al Hijrah celebration in Malaysia in 2020M/1442H is “Ummah Rabbani, Negara Harmoni.” The selection of this theme contains three main components namely human capital development, knowledge cultivation, and management strengthening. It will create a harmonious situation when these three components are installed and the lives of Malaysians are better and more peaceful than before.

While celebrating this Maal Hijrah festival this year, we also face a COVID-19 epidemic, so we must also comply with the SOP and maintain health and safety so that we can prevent the spread of this epidemic. Hopefully, with the advent of the Hijri New Year, this time can bring better changes in our daily lives.

“For each (such person) there are (angels) in succession, before and behind him: They guard him by command of Allah. Verily never will Allah change the condition of a people until they change it themselves (with their own souls). But when (once) Allah willets a people’s punishment, there can be no turning it back, nor will they find, besides Him, and to protect.” (Ar-Ra’d 13:11)

PAS Sarawak would like to wish a happy Maal Hijrah to all. May this year all our wishes and prayers are accepted and we can live in harmony and be able to foster unity between races and religions even better.