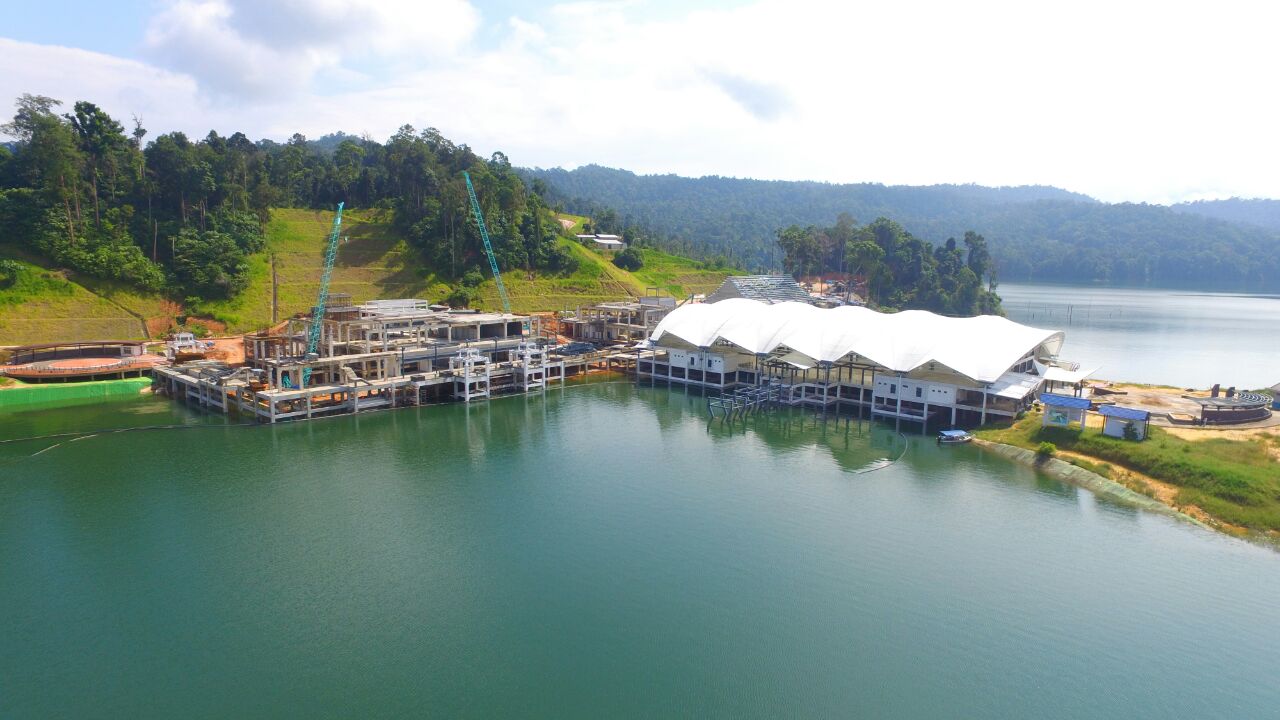 KUALA TERENGGANU – The state government have set up a committee to evaluate and solve the issues of the Pulau Bayas Tax Free Zone project in Lake Kenyir, Hulu Terengganu to ensure the delay in its completion can be quickly be overcome.

State Tourism, Culture and Information Technology Committee chairman Ariffin Deraman said that the project on Pulau Bayas should have been completed in 2017.

“But, currently, only 77 per cent of the overall project has been completed and the shopping complex is only 55 per cent ready.

“The overall cost of the Pulau Bayas Free Trade Zone is RM243 million. We have spent RM118 million to date. This means there is still a balance of RM55 million in project value to be completed on the island.

He said this when answering to an oral question by Hishamuddin Abd Karim (PAS-Tepoh) who wanted to know the plans of the Terengganu government on the development of the duty free island at the State Assembly here today.

There were six construction packages for the tax free zone with two packages completely while four more packages could not be completed on time.

Ariffin Deraman said that the four packages were the main terminal building, passenger and service jetty, electricity substation and distribution system for high and low voltage and a shopping complex and water and sewage treatment plant.

“However, we expect the cost to complete the project to be far higher, maybe over RM70 million compared to the balance currently (RM55 million) because every project delay will impact on cost.

“There is also a proposal not to include Pulau Bayas as part of the duty free zone component, only include Pengkalan Gawi and Pulau Poh…all these will be finalised by the special committee later,’’ he said.