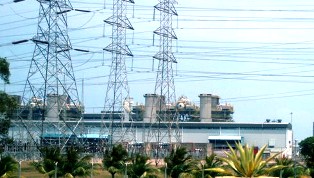 I refer to a series of recent statements by government ministers on a possible increase of electricity tariff expected in June 2011.

The issue of electricity tariff in Malaysia is inextricably linked to the lopsided agreements forced onto Tenaga Nasional Berhad (TNB) with the independent power producers (IPPs) especially the first generation IPPs.

The former CEO of TNB, Tan Sri Ani Arope had gone on record to protest the exorbitant electricity price charged by IPPs to TNB. The reported price range of 13.7 sen to 15.5 sen per kWh charged by IPPs to TNB was even higher than TNB’s own generation cost, effectively forcing TNB to buy electricity at a bumper price. The price was also fixed for the duration of the agreement using a higher inflation adjusted price of power in the early years, thus allowing the IPPs to make bigger profits during the early years to recoup their investments at the quickest possible time.

The agreements also shield the IPPs from any risk of fuel (natural gas, diesel and coals) price increase which were passed to TNB to bear. Subsequently, this arrangement has caused PETRONAS to produce and buy natural gas at a much higher market price and sell to TNB/IPPs at a fixed subsidised price. The cost for this gas subsidy has ballooned to an estimated RM22 billion annually (at the current crude oil and natural gas market prices).

The final result of this complex and lopsided arrangements is the relatively disproportionate high electricity tariff paid for by the Malaysian public. The combined costs of higher electricity price charged by IPPs to TNB and the scheme for early repatriation of profits by IPPs had all been passed to the public – either by a direct increase in the electricity tariff or the financial loss from the gas subsidy provided to TNB/IPPs in the name of keeping the tariff low.

A residential consumer in Thailand only pays 18 sen per kWh for the first 150 kWh used; compared to Malaysia’s tariff for equivalent usage of 22 sen per kWh. That is a difference of 22% higher tariff in Malaysia.

Therefore, it has been my contention all along that the estimated RM22 billion (RM 19 billion, 1999)  gas subsidy provided to the IPPs/power generation sector does not reach the intended end users. Instead, it only benefitted the well connected businessmen and cronies over the years and robbed the country of the financial muscle to rein in inflation and expedite the right model of industrialisation and development.

It is in this perspective that I call upon the Federal Government to do justice by reviewing the price of power charged to TNB by the IPPs, including the dismantling of fixed charge elements such as stand-by and fixed capacity charges that had increased the cost of electricity in Malaysia significantly.