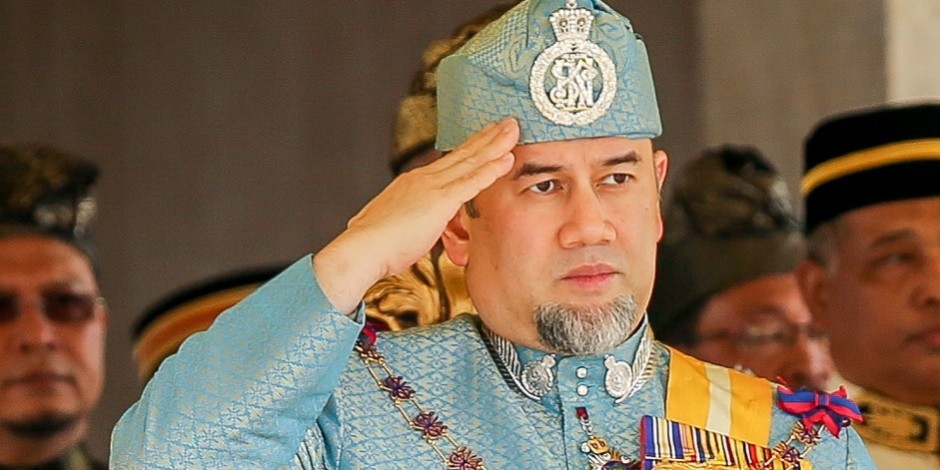 Having the honour to teach him for two years from Primary 4, former History and Geography teacher [email protected] Hassan, 72, said Sultan Muhammad V had always been cooperative and hard-working, and showed great interest in excelling in his studies even in primary school.

Sultan Muhammad V had attended Sekolah Kebangsaan (SK) Sultan Ismail I in Kota Baru from 1976 to 1981.

Seman said despite being of royal blood, Sultan Muhammad V had a humble and down-to-earth attitude among his peers and mingled with other students.

“Tuanku was a well-mannered student, who only spoke when needed to and did not fool around. He never expressed anger but you can tell if he was (angry) because his ears would turn red since he was fair,” Seman said at his home in Kampung Lembah Sireh here.

“As an attentive older brother, Tuanku would spend some of his recess time with his siblings who were in different grades.”

Seman, who taught in the school from 1976 to 1985, said the Agong was like any other student and had taken part in extra-curricular activities, such as the Boy Scout movement, and was also the head prefect in the fifth and sixth grade.

Though Sultan Muhammad V had no favourite subject, Seman said, he had a keen interest in writing and had written articles, in both English and Bahasa Malaysia, for the school magazine.

“Tuanku had shown interest in all subjects, which is why he passed the UPSR examination with flying colours with 5As,” said Seman, referring to the Ujian Penilaian Sekolah Rendah.

Seman, who started teaching in 1967, said he remembered the time when he was performing Aidilfitri prayers at Masjid Muhammdi, and Sultan Muhammad V was present.

After prayers, Sultan Muhammad V mingled with the people when his brother Tengku Dr Muhammad Faiz Petra informed him of Seman’s presence.

“Tuanku immediately came over to meet me as he still remembered me as his teacher. That is one of the sweetest memories I have of Tuanku,” he said.

“When we talked, Tuanku even remembered the number plate of the car I used to drive to school and asked, ‘Do you still drive the Datsun PK 7008?’,” Seman said with chuckled.

Seman replied he had sold it as he could no longer drive a manual car after he was paralysed waist down following a stroke in 2002, three months after he retired.

Seman said he had visited the Kelantan palace to meet Sultan Muhammad V, when he was the Tengku Mahkota of Kelantan.

He said he went to the palace following his transfer to Sekolah Kebangsaan Kemubu in Kuala Krai, and wanted to seek financial assistance for the school.

“I was embarrassed to ask for help but I had to as the school needed assistance,” he said.

“Tuanku happily greeted me, hosted me to lunch in the palace and took me to see his collection of cars and motorcycles.

“After he had showed me around he asked me how he could help. I told him the purpose of the visit and Tuanku immediately gave me a cheque for the school.”

The installation of the Yang di-Pertuan Agong is scheduled to be held at Istana Negara on Monday..themalaymailonline