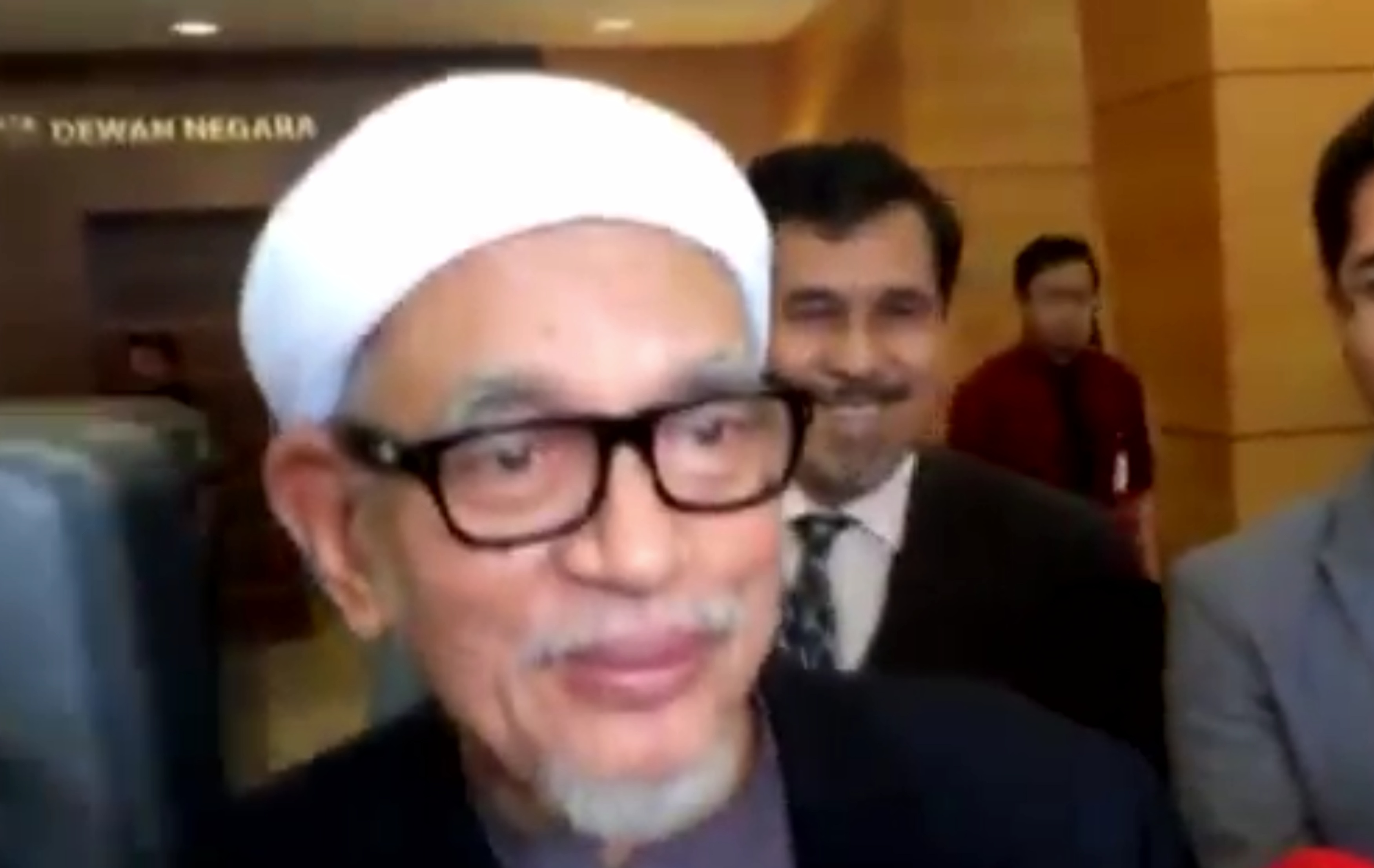 PAS has always been open to co-operate with other Opposition parties to ensure straight fights against Barisan Nasional (BN) in the next general elections, its president Datuk Seri Abdul Hadi Awang said today.

However, he added a caveat, saying negotiations can happen only if the other parties keep their noses out of PAS’ internal affairs.

“PAS has long opened the doors. We have never closed the door.

“But when you enter the door, don’t disturb the house,” he told reporters when met at the Parliament lobby here.
The Marang MP was asked to comment on a statement yesterday by his party’s spiritual adviser Hashim Jasin that PAS is open to negotiations with other Opposition parties to fight their common political enemy, the BN in the 14th general elections due by 2018.

Asked about co-operation with former Pakatan Rakyat partner DAP with which they cut ties last year over disagreements concerning implementing hudud in Kelantan, Hadi emphasised that his party was still willing to negotiate so long as the secular party doesn’t interfere with PAS matters.

“Don’t cause any disturbance in the house,” he reiterated.

PAS has previously said that it will not be part of any grand Opposition coalition if it includes DAP or Parti Amanah Negara (Amanah), founded by former PAS rebels.

PAS had formed its own coalition last August with Parti Ikatan Bangsa Malaysia, formally known as Gagasan Sejahtera, but said it would still be open to co-operation with Pakatan Harapan comprising DAP, Amanah and PKR.
– themalaymailonline