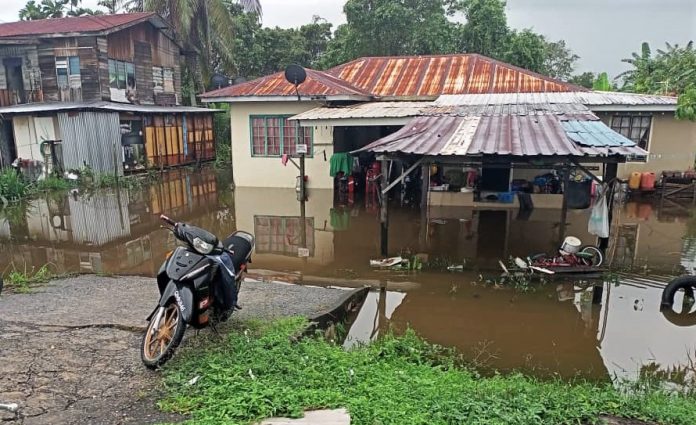 Residents in Tudan areas, especially in the lowlands, said the drainage situation in their area, which was beginning to overflow with water, was feared to start flooding and drown some homes in the areas.

Among the main causes of flash floods in some places in Miri city, especially on the coast and lowlands a few days ago are clogged drains and the weakness of the drainage system as a whole. The flow of river water is prevented from flowing into the sea, especially during high tide.

Drainage should be built to facilitate the flow of water to move smoothly, especially during heavy rains and the project to build a “rock revetment” along 500 meters should be implemented immediately to avoid largely waves that cause an overflow of seawater on the road to affect some coastal areas.

We hope that the authorities and related parties can immediately help channel the basic needs and build aqueducts as well as projects to build “rock revetment” to prevent the recurrence of floods, especially in lowland areas. Cooperation with relevant parties to address this issue immediately is greatly appreciated.