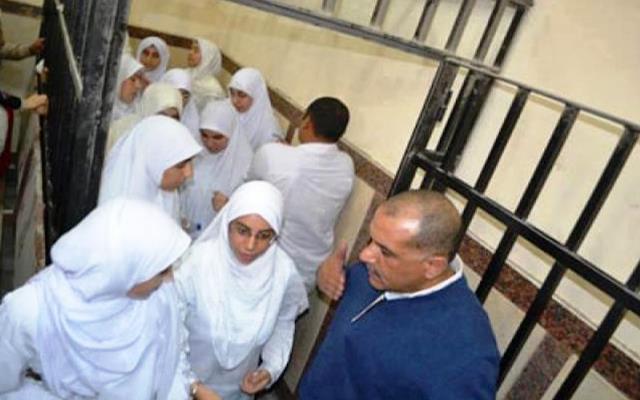 The tyrants have exceeded all limits. But tyranny and injustice do not last long. They will surely wither away and crumble.

Then, the unjust oppressors will see what destiny they will ultimately meet.
The Freedom and Justice Party (FJP) pays deep tribute of praise and appreciation to Egypt’s women in general and Alexandria girls in particular, after the unjust verdicts issued by the Misdemeanor Court of Alexandria against 21 of the female members of the “7 AM” anti-coup movement.

Whereas the legitimate President Mohamed Morsi, in one of his speeches, stressed the importance of protecting Egyptian girls – the future mothers of this nation – the illegitimate military coup muzzles their mouths and throws them in jail with prostitutes and drug-dealing women.

The FJP fully supports those women and girls who turned out to express their opinion peacefully, and the putschists responded with utter brutality, tyranny and injustice.
With these verdicts, the putschists aim to deter the honest and the honorable from continuing their rightful protests and their determined march to reverse the coup and achieve the objectives of the January 25 Revolution. These putschists did not learn the lesson of the last few months, nor did they understand the psyche of the people who turn out every day in increasing numbers to defend freedom and democracy, and will not stop until they complete the march with a resounding victory, despite all the repression, murders, arbitrary arrests and brutal atrocities.

The FJP affirms that these verdicts and this intransigence by the judges – who are entrusted by the people to dispense justice impartially, who are supposed to be way above such politicized verdicts, and not to be tools of repression and persecution in the hands of unjust tyrants – will only fan the flames of the Revolution, and will never stop rebels from continuing their non-violent struggle until they achieve their demands.

Such unjust verdicts will only steel the people’s resolve to wrest their rights and freedom from the junta, and will serve to shorten the life of the coup and speed the return to constitutional legitimacy.

Indeed… “God has full control of all affairs, but most people do not know.” – ikhwanweb