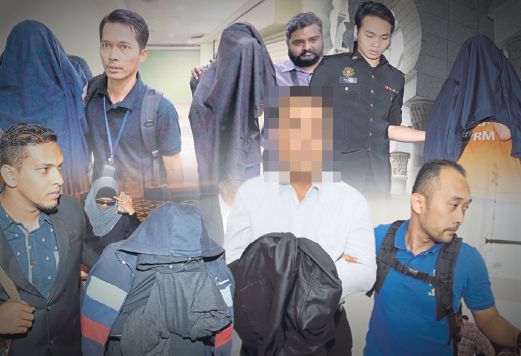 Five individuals including a former director of the department of forestry in Terengganu were charged today for various forms of corruption and bribery offences involving environmental issues in four states.

In Kuala Terengganu, the former Forestry director Datuk Azmi Nordin was charged with three counts of accepting a bribe of RM60,000 from March to August 2013.

The 58 year old who is currently working as a director for the Forestry department’s headquarters had pleaded not guilty to all charges brought against him before Judge Mohamad Haldar Abdul Aziz.

He was charged under Section 165 of the Penal Code which states that a public servant obtaining any valuable thing, without consideration, from the person concerned in any proceeding or business transacted by such public servant carries a jail sentence and a fine if found guilty.

In Kuantan, an official from the Department of Wildlife and National Parks (Perhilitan) was also charged today with making false claims amounting to RM23,400 in November 2013.

The 44 year old male, Abu Zahrim Ismail, also pleaded not guilty after the charge was read out in accordance with Section 18 of the MACC Act 2009.