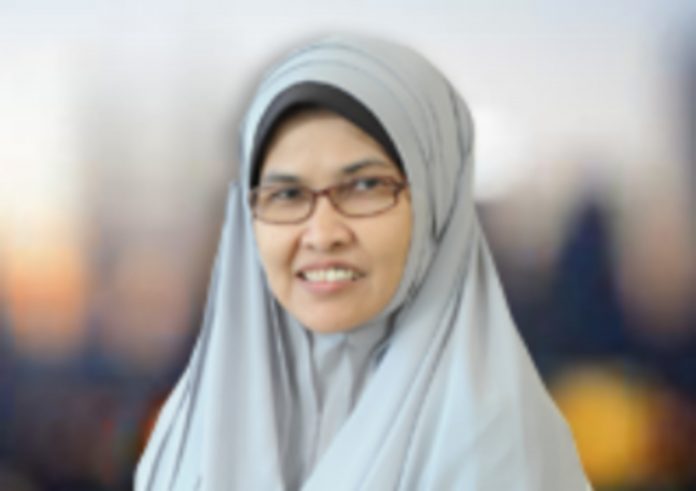 You are adamant in wanting to bring your all-time favourite band to perform in Kuala Lumpur.

It’s no secret that Radiohead evokes bittersweet teenage years and high school memories for you. As our beloved young female leader since the time your father was arrested, we memorize to heart your most cherished bands and books as you generously shared about them in your interviews. We wanted to show you that we are with you. That we understand your painful journey.

But now you are an elected leader, it’s no longer a mere evocation of teenage treasured memories.
You now actually want to physically bring Radiohead to perform here in our country.

This is about our fidelity to fellow Palestinians. There were resounding calls for a cultural boycott from Palestinians and world Muslims alike in July last year before Radiohead’s planned concert in Tel Aviv. Even the South African archbishop Desmond Tutu called for Radiohead to pull out in solidarity of the persecuted Palestinians.

Did Radiohead even bother to consider a boycott? No. Not at all. Thom Yorke, your favourite singer, responded to the pressure by calling it “patronising in the extreme and offensive”.

They went ahead and performed in Tel Aviv’s Yarkon Park on July 19, 2017 anyway. Forty-seven thousand creeps and weirdos flocked in to hear Radiohead play in the Jewish state. Just before Radiohead performed, The Times of Israel proudly proclaimed, “Before Radiohead conquered the world, it was already Israel’s darling!”

And now you earnestly and adamantly want to bring this Israel’s darling to perform in Kuala Lumpur? Why are you doing this?

A rock concert such as this will involve excessive alcohol consumption, social intercourse which crosses all norms of decency in Islam and other lingering effects that persist amongst our impressionable young people, years after Radiohead leaves after the concert.

You are approaching your 40-year line, and you are supported with a strong family with an Islamic background. But what about other youngsters who don’t even have that support and aren’t intellectually equipped to deal with such lyrics hauntingly calling them to become creeps and weirdos?

Each time the Muslimat raises issues such as this, we are labelled as Muslim conservatives, branded as intolerant and imposing our beliefs on others. But we Muslim conservatives will tell you that liberals demonstrate their own intolerance, using the strictures of political correctness as a weapon of oppression.

For your information YB, the conservative Muslims are the actual victims here! Our animosities are related to your worldview. And we are just fighting back against the bullying and oppressive forces of the secularists in this country.

Stop bullying the Muslim conservatives in Malaysia. We are not backward or on the wrong side of history.
Regardless of your political or cultural orientation, Islam still stands erect on its throne of honour. In the name of Allah, respect it.
*Don’t bring Radiohead to Malaysia.*

The Migration Of Prophet Muhammad Is Not A Refugee

Press Release On Meeting Between Hamas And Islamic Jihad