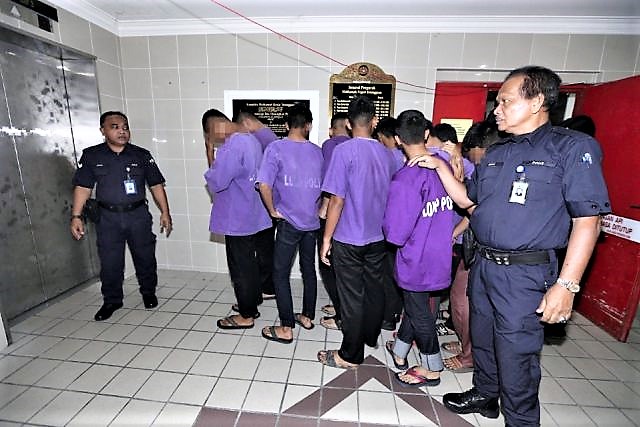 ELEVEN more students have been remanded for three days ending Saturday, to facilitate investigations into bullying cases at a vocational college in Kuala Terengganu.

On Wednesday, 9th August, 15 students from the college were remanded until Saturday for alleged involvement in the bullying of three fellow students, namely two form four students and a form five student.

Terengganu police chief Datuk Aidi Ismail said the 11 students were picked up yesterday from their homes and the college hostel, adding there could be more arrests.

“The bullying incidents were said to have occurred after the (first) two victims refused to follow instructions from the senior students,” he told reporters at the Terengganu International Endurance Park in Lembah Bidong, Permaisuri.

In the 1.30am incident last Tuesday, two 16-year-olds claimed to have sustained body injuries following an assault by several senior students.

One is undergoing treatment at Sultanah Nur Zahirah Hospital.

In the other case, a 17-year-old student claimed to have been beaten up twice by the same group of students while at a surau at 9.30pm and at a dormitory about an hour later on August 6. – Bernama