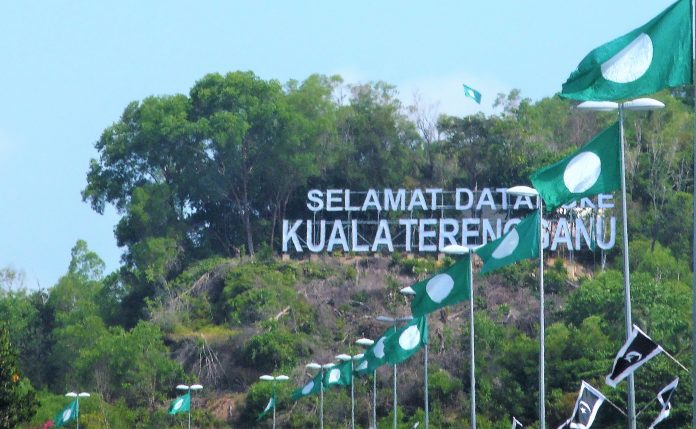 The outcome of the 14th Malaysian General Elections has proven most political observers of Malaysia completely wrong.

Most analyses before the election had predicted that Parti Islam Se-Malaysia (PAS) would be completely wiped out from the political map of Malaysia. The argument was that it had little appeal outside its stronghold of Kelantan, where voters’ unhappiness with bread and butter issues might have even undermined PAS’ rule of the northern state.

During the campaigning period, however, I was in the field in northern Malaysia and expected otherwise: That PAS would retain Kelantan, take over Terengganu and be a major player in a hung state assembly in Kedah because of the sheer number of people expressing their support for it and the lack of confidence of many Barisan Nasional (BN) and Pakatan Harapan (PH) candidates in these states.

Going forward, it is now likely that PAS will replace the United Malays National Organisation (Umno) as the standard bearer of Malay politics.

Heading into the election, PAS had set a few key objectives: Defend Kelantan, take over the state governments of Kedah and Terengganu, and cause an upset in Pahang. Party leaders also focused on winning state seats rather than parliamentary seats. In the 2013 elections, the party won 21 parliamentary seats and 88 state seats, and captured 14.7 per cent of the popular vote.

In 2015, seven of its parliamentarians and seven of its state assemblymen left to join the breakaway Parti Amanah Nasional (Amanah).

Party leaders therefore viewed its tally of winning 18 parliamentary and 90 state seats, as well as capturing 17 per cent of the popular vote, as a better performance in the polls this time around.

In 2015, party president Hadi Awang charted a new strategy for the party, titled Politik Matang Sejahtera (The Politics of Maturity and Prosperity).

Under this new strategy, PAS decided to take a softer approach in dealing with Umno.

While most observers noted that this strategy marked the beginning of a tacit agreement between PAS and Umno, the Islamic party’s leaders explained that it was instead aimed at winning over Umno members and supporters, many of whom had become disillusioned with the party because of the cloud of corruption hanging over it.

The party also changed its campaign strategy, using its massive grassroots machinery to identify every single family that might be inclined to vote for Umno but was undecided. Members of the Dewan Muslimat, the party’s formidable women’s wing, would visit these families to persuade them to support PAS.

The party also organised events ranging from soccer tournaments for youth to mini-festivals featuring celebrities who were PAS supporters.

One such event in Kota Baru, Kelantan, saw popular actor Mustapha Kamal making a plea to voters to defend the PAS-led state government as the last bastion of Islam in Malaysia.

PAS also focused its campaign on bread and butter issues and adopted a highly populist manifesto, promising to end the Goods and Services tax, among other things.

Perhaps most importantly, Amanah was not an important factor in both Kelantan and Terengganu, with many of its leaders, including Nik Omar Nik Aziz, its chief minister candidate for Kelantan, losing their election deposit.

PAS’ success can be attributed to several factors.

The party’s membership stands at slightly more than a million. Unlike the members of other parties, they are extremely loyal to PAS and would vote for any candidate it fields.

The Pusat Asuhan Tunas Islam, set up in 1988, has had the largest network of kindergartens in the country since the late 1990s.

PAS continues to maintain ties with children who attended these kindergartens as a pipeline for future cadres.

Many of these children are now part of the party’s youth wing or are staunch supporters.

While many critics have referred to PAS as the party Pak Lebai (party for the elderly, religiously educated folks), it has attracted well-educated, professional Muslims, who are responsible for its political approach and mobilisation strategies.

The large number of religious scholars who are loyal party members has also provided the party with access to the wide network of religious classes and mosques in the country. In addition, many celebrity preachers, such as the Terengganu-based Ustaz Azhar Idrus, are supporters. The combination of these professionals and religious scholars within the party has made PAS one of the strongest cadre-based parties in Malaysia.

Despite all this, PAS is still being dismissed as a non-entity in the Malaysian political scene.

One commentator opined that support for PAS was an indication of the public’s eagerness to reject former premier Najib Razak, and that the party was fortunate enough to be an Opposition force that was familiar enough to voters.

Such claims reflect a lack of understanding of the party’s appeal, and ignore the results of GE14.

Most of these seats are traditional Umno strongholds, which point to support by Umno members and supporters for PAS instead of other parties.

Without state resources in a patronage system, it is highly unlikely that Umno can regain lost ground.

PAS, therefore, will gain the most from Umno’s failures, especially in the north of the country.

ABOUT THE AUTHOR: Dr Mohamed Nawab Mohamed Osman is Coordinator of Malaysia Programme at the S Rajaratnam School of International Studies (RSIS). This is part of a series of commentaries on the 14th Malaysian General Election by RSIS.