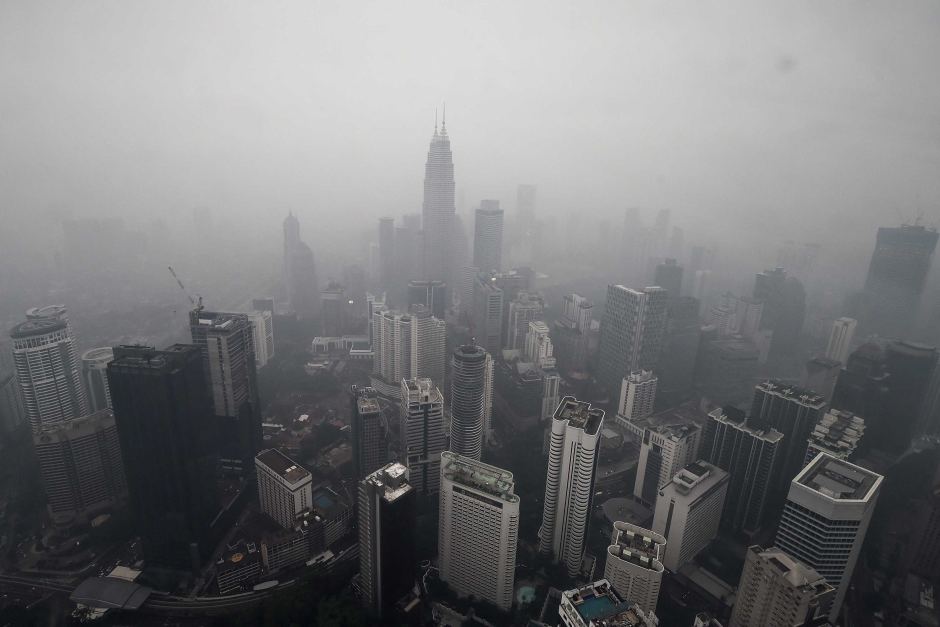 The choking haze which has persisted over Malaysia and Singapore for the past two months has so far cost the economies of both countries hundreds of millions of dollars, according to analyst estimations, yet the true cost is impossible to calculate until the skies finally clear.

Professor Euston Quah, from Singapore’s Nanyang Technological University, warned that the crisis could have a greater impact than the three-month long 1997 haze crisis, which caused an estimated $9bn in losses in economic activity across Southeast Asia.

“The pollution standards index readings [on the Malay peninsula] thus far [in 2015] have been almost as high as that of 1997. This tells me that together with the duration, the 2015 haze damages can be expected to be higher,” Quah told Al Jazeera.

The total economic cost will take months to assess, and will have to cover all aspects of daily life – lost productivity, lost tourism and lost workdays through respiratory illness, as well as higher prices for fresh food products.

Meanwhile, the smoke from Indonesian forest fires permeates all walks of life on the Malay peninsula today. Schools have closed, flights are being cancelled and sea traffic through the Malacca Strait, one the world’s busiest shipping lanes, has been delayed because of poor visibility.

Promises to extinguish the fires in Sumatra and Kalimantan, Indonesia, have had little impact to date. Some experts predict that unless persistent rain falls soon, the smog could last until the New Year.

The longer the haze has continued, the shorter the tempers in Singapore and Malaysia have become over the apparent inability to stop the fires from being started in the first place.

Singapore’s National Environment Agency (NEA) began legal proceedings under its Transboundary Haze Pollution Act (THPA) against five Indonesian companies in September and a sixth this month, all of whom are believed in part to be behind the haze.

The Preventative Measures Notice serves as a kind of “cease and desist” request and asks offending companies to present plans to the NEA on how the companies plan to extinguish fires and a promise not to start any new ones.

The act is unique in that it can fine offenders – Singaporean or foreign – around $70,000 for each day they contribute to hazardous levels of haze.

Malaysia’s government is drafting similar legislation but questions remain if the fines are large enough to act as a deterrent.

Across the 10-strong Association of Southeast Nations (ASEAN) region, the Transboundary Haze Pollution Agreement has been in existence since 2002. It seeks to mitigate the effects of the haze, but Indonesia – the source of the majority of fires – only ratified the agreement last year and was the last ASEAN nation to do so.

Consumers in Singapore are trying an informal boycott on the country, aiming to hurt perpetrators where it hurts most: the bottom line.

“The call for consumers to stop buying products from companies involved in purchasing or sourcing wood based products that cause the haze will pressure companies to be more responsible in [their] buying or sourcing from sustainable sources,” Indrani Thuraisingham, from Consumers International in Malaysia, told Al Jazeera.

“Consumers will send a strong signal through their purchasing power to companies which contribute to this environmental disaster year after year.”

But Quah, from Singapore’s Nanyang Technological University, does not believe boycotts will help fight the fires.

He told Al Jazeera that while he was not against such action, its impact would be limited.

“It is futile to ban products simply because one has to clearly identify those plantations who have committed the act of clearing land by fires versus those that had not.”

Quah said there was a danger of penalizing producers who used palm oil products in their goods when they either had no knowledge of starting fires or were complicit in haze-causing practices.

“There are just too [many] products which have palm oil as one of the ingredients and how do we know for certain which plantations are ‘bad’ and which are ‘good’”?

While haze has been an annual problem for decades, the severity of this year’s smog is being blamed by experts on the El Nino phenomenon, which brings drought and drier weather than normal to South East Asia.