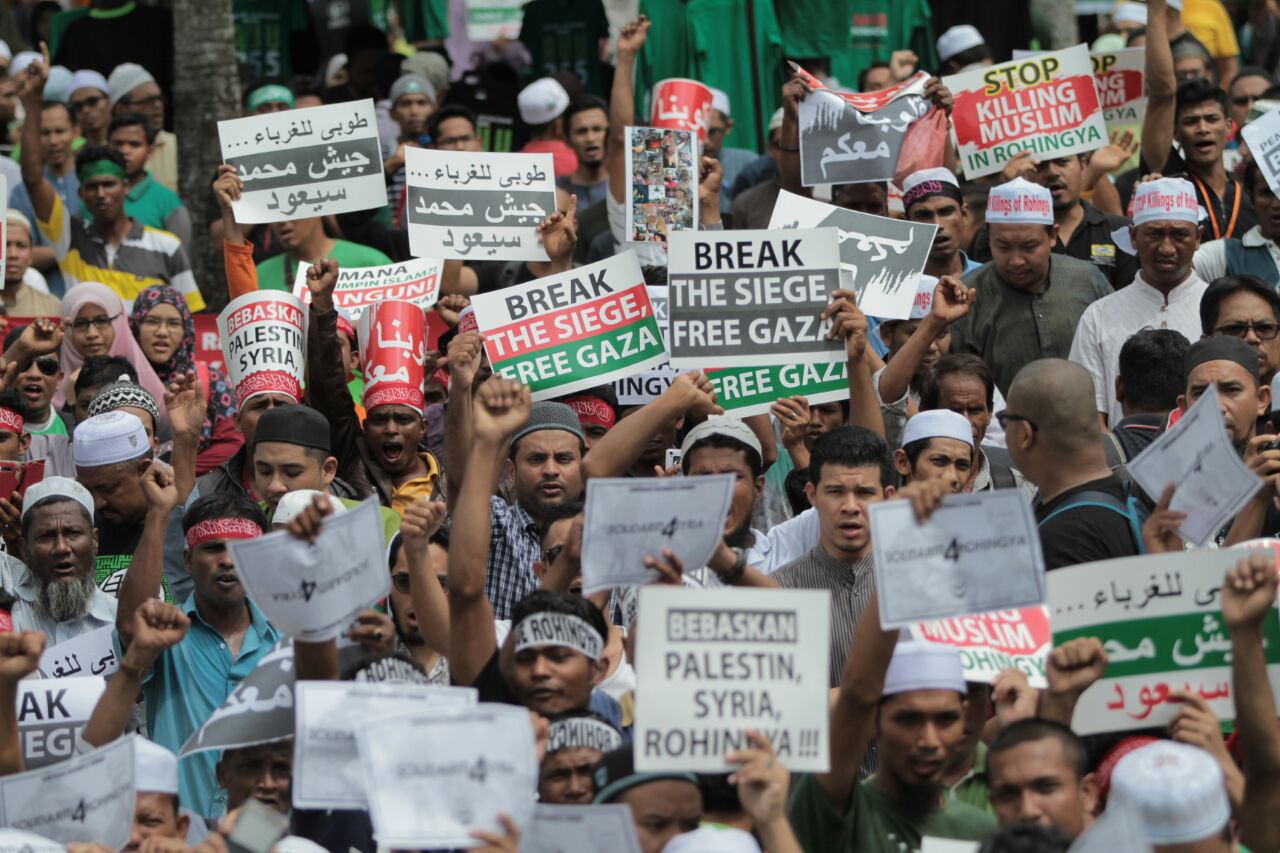 Wisma Putra has summoned the Myanmar ambassador to Malaysia over the escalation of violence in Myanmar’s Rakhine state resulting in the loss of innocent lives and displacement of thousands of people.

In a statement issued by Wisma Putra yesterday, Malaysia condemned the escalation of violence and called on all parties involved to refrain from taking any action that would aggravate the situation.

“Malaysia also calls on the Go­­vern­ment of Myanmar to take all the necessary action to address the alleged ethnic cleansing in the northern Rakhine state,” said the Foreign Ministry.

Meanwhile, a group of protesters gathered outside the Tabung Haji building here to protest against the violence against the Rohingyas.

“Stop the killing! Stop the massacre!” they chanted after performing their Friday prayers.

The protest was organised by the Malaysian Consultative Council of Islamic Organisations.

The human rights group urged the Myanmar government to invite the United Nations to assist in an impartial investigation.

“These alarming new satellite images confirm that the destruction of Rohingya villages is far greater and in more places than the government has admitted,” said Brad Adams, the Asia director for the group.-thestaronline