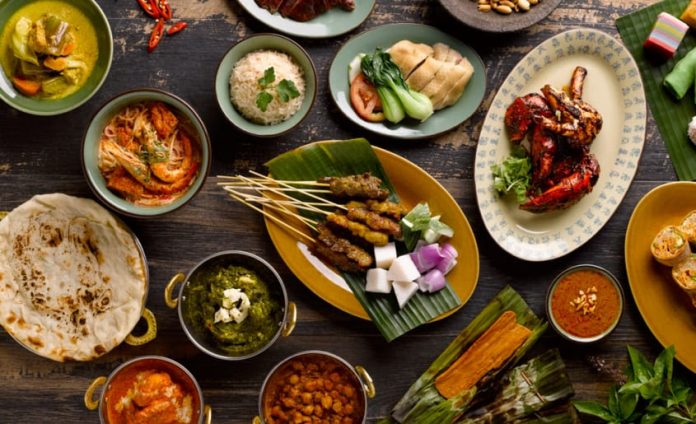 New complaints have arisen concerning corruption and abuse of power in the Islamic Religious Council of Singapore’s Halal Strategic Unit, which oversees the lucrative religious certification of foodstuffs and other products for the island republic’s Muslim population, following reporting by Asia Sentinel of earlier abuses.

Previously, individuals involved in the halal process alleged that slaughter protocols – strict Islamic practices—for meat from Australia which is destined for Malaysia and Singapore are shot through with worker exploitation, blackmail and non-compliance.

The allegations concern Munir Hussein, an officer of the Majlis Ugama Islam Singapura, or MUIS, as the religious council is known by its Malay-language acronym. They have been made to MUIS by an independent Australian Halal auditor who asked Asia Sentinel to refer to him anonymously. In his May 9 letter to both MUIS and Masagos Zulkifli, Singapore’s Minister in Charge of Islamic Affairs, the halal auditor outlined lapses of integrity within the Australian abattoir system, supposedly supervised by a MUIS-accredited certification body, the Supreme Council of Halal Meat in Australia, Inc, or Schima.

“For many years, it is unfortunate that the halal industry has been plagued by corruption,” the auditor wrote. “Either directly or indirectly, MUIS and [the Department of Islamic Development Malaysia, known by its Malay language acronym JAKIM] officials too have been implicated.”

Officials of MUIS and JAKIM, according to the unnamed auditor, hold frequent unofficial meetings in Kuala Lumpur to determine which certification bodies to favor and which to blacklist, conferring on favored organizations the ability to make lucrative incomes while others are denied. Besides Munir, the others in the KL meetings are said to be Sirajuddin Suhaimee, the director-general of JAKIM, and Muhammad Adil Rahman, an Australia-based auditor.

“Many certification bodies have been treated badly and unfairly,” the Australia-based auditor wrote. “With Mr Munir being in a directorial position, he is giving a leading advantage to his friends like Schima, the [Halal Food Council of Europe] , the [Islamic Food and Nutrition Council of America] … members of the industry regularly talk of favoritism towards those [Food certification bodies] who are close to Munir and Dr Sirajuddin. This has been echoed numerously [sic] within the industry. Their modus operandi has always done through their known agent [Mohd Adil] Rahman.”

Talks have also surfaced “that Munir gets special privileges from his boss, one [Mohamed Azam Abdul Aziz]. Thus, indicatives to all his past mistakes have been covered up by his superiors.” Finally, the auditor in his letter requested that “An investigation into the dealings and affairs of this serious matter warrants a probe.”

Although MUIS is said to have commenced a probe into the affair, industry sources in Singapore say it is actually a whitewash being conducted by two of the individuals accused of misdoings –Mohamed Azam Bin Abdul Aziz, the head of the halal unit, and Munir. The investigation, the sources say, is actually only an attempt to find out who has been giving Asia Sentinel the facts. A social and political activist, Mohamed Jufrie Mahmood, called the investigation a ‘witch-hunt.’

In an open letter to minister Masagos Zulkifli, Mohamed Jufrie wrote that he had been told that “a Singaporean living in Australia has penned a hard-hitting letter addressed to Mr Esa Masood, the current CE of MUIS, attesting to the accuracy of what was written by Asia Sentinel. The said letter was copied to you as minister in charge of Muslim affairs, MUIS President Alami Musa and Asia Sentinel.”

To a report that the minister requested an internal investigation, the social and political activist, Mohamed wrote, “the big joke is, as I was told, the very person accused of corruption and his immediate senior who protects him sit in the investigating team.” If the ministry’s dragging of its feet “gives the impression that it is trying to sweep the issue under the carpet to protect the alleged wrongdoer, the appointment of the alleged wrongdoers to conduct an investigation against themselves is indeed an affront to justice and fair play.”

Singaporean media have been advised by authorities not to report on the issue, he charged. He highlighted the Muslim community’s greatest concern: “Corruption for money is one thing but corruption that leads to the certifying of what is ‘haram’ as halal is a very serious matter which I am most concerned about. Muslims must have 100 percent assurance that the imported food they consume is free from contamination as required by shariah. And MUIS must clear its reputation at all costs.”

Mohamed Azam’s section, which includes both the finance and halal departments, was previously criticized in the 2018-2019 Singapore Auditor General’s report, which found lapses in 12 tenders and quotations valued at S$5.54 million, which might have led to a different tender result through the evaluation system. Consequently, the Auditor General found inadequate assurances that government procurement principles of transparency, open and fair competition and value for money had been met. In addition, the office’s checks found weaknesses in MUIS domestic halal system over access rights, allowing some users to conduct inspections and approve their own recommendations.

Although the audit is not designed forensically to detect fraud, MUIS used it as an excuse to absolve itself of any hints of fraud, to the public.

At the time of writing, Asia Sentinel has not been contacted to supply any information or documentation to MUIS to assist in any investigations. Nor has the independent halal auditor who made a further complaint May 9 received even an acknowledgment of his letter.

MUIS, in a bid to rebut the questions raised by critics in Asia Sentinel articles, also attempted to give the impression that the entire halal department and the halal process are certified under the International Organization for Standardization Section17065. However, as critics pointed out, of seven halal certification schemes, only two or three are ISO certified. Although MUIS in response it took the auditor general’s findings seriously and acknowledged the lapses, it publicly claimed the agency had found no evidence of fraud.

Insofar as can be seen, apart from a brief denial, a false claim of its adherence to ISO standards and a threat to take legal action there has been no further action by MUIS to conduct an independent and comprehensive investigation into the allegations, nor has it responded to the accusation that it had misled the public on the application of the ISO standards. – AS