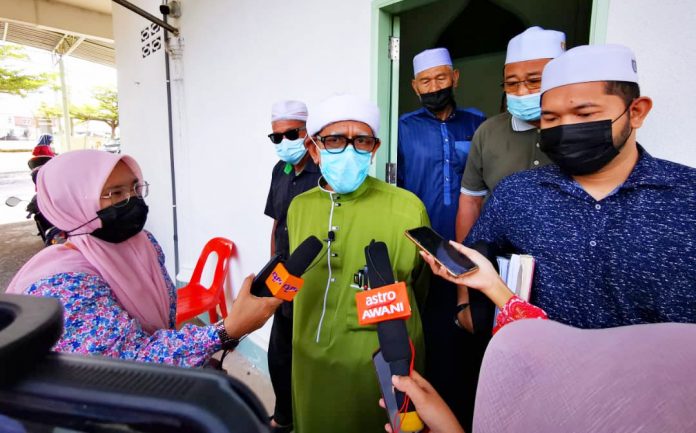 PAS will stick with Muafakat Nasional and Perikatan Nasional and act as a mediator between Umno and Parti Pribumi Bersatu Malaysia to avoid multi-cornered fights in the next general election, says Datuk Seri Tuan Guru Abdul Hadi Awang.

But the PAS president said it will be up to Umno if it wishes to contest on its own during the polls.

“You’ll have to ask Umno that; it is up to them. PAS remains (as we are) – we will continue (with our current stand), ” Abdul Hadi told a press conference in Kuala Terengganu.

A video of the press conference was uploaded on his Facebook page yesterday.

Ustaz Abdul Hadi was asked to respond to comments by Umno deputy president Datuk Seri Mohamad Hasan that if the Islamist party decides not to work with Umno in GE15, Umno will have no qualms about contesting on its own.

Mohamad said that in an interview with the Utusan Malaysia daily and added that Umno is negotiating the division of seats with its Muafakat partner, PAS.

“We are moving towards two-cornered fights; we do not want the rakyat to be split, ” he added.

“We want to be united to face the general election, ” he said.

He added that the most important thing is to be able to form a fair and strong government.

“This is because the current government only has a simple majority. But our priority is to be fair.

“Even if we win a two-thirds majority but the government is not fair and just remains in power, it is meaningless. We want the rakyat to give their support to us.

“Our strength should depend on how fair we are to the rakyat, not because we want to remain in power forever, ” he said.

On a separate matter, Abdul Hadi said maturity should be among the factors considered whether to allow younger Malaysians to vote.

“There are some people who are already 40 and still immature, ” he remarked when asked about the delay in the Undi18 initiative.

The Election Commission announced on Thursday that it would postpone Undi18 and automatic voter registration to after Sept 1 next year, attributing it to the movement control order enforced to curb the pandemic.

“Most importantly, we want mature rakyat that will pick a mature government.

“If the rakyat are immature, they will pick an immature government, ” Ustaz Abdul Hadi said.

The Undi18 delay is set to affect 1.2 million youth.