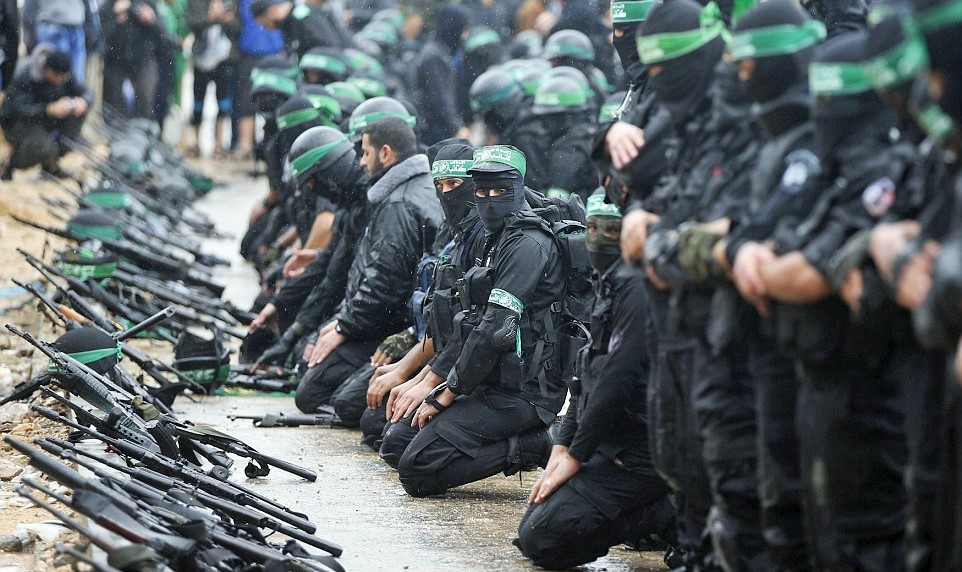 In the one year since Israel’s onslaught against Gaza, Palestinian resistance groups appear stronger than ever, say analysts

Analysts say that Gaza-based Palestinian resistance groups have become more sophisticated in the one year since Israel’s “Operation Protective Edge,” in which more than 2,160 of the Gaza Strip’s inhabitants – the vast majority of them civilians – were killed.

“The resistance in Gaza appears more sophisticated and organized one year since the war,” Abdel Sattar Qassem, a professor of political science at Palestine’s Birzeit University, said.

“Despite the losses inflicted by last year’s Israeli offensive and the ongoing blockade of the Gaza Strip [by Israel and Egypt], resistance groups have continued to prepare for the next conflict,” he added.

He went on to note that the Palestinian resistance in general – and the Ezzeddin al-Qassam Brigades in particular – “is effectively working to develop new tactics and military capabilities.”

The Al-Qassam Brigades is the armed wing of Palestinian resistance faction Hamas, which took over the strip in mid-2007 after winning legislative elections one year earlier.

Last week, Hamas unveiled two new locally manufactured rockets, which, it vowed, would be deployed by its armed wing in any future confrontation with the self-proclaimed Jewish state.

“The effectiveness of these rockets will become apparent in the future,” Al-Qassam spokesman Abu Obaida said during a Wednesday military parade in Gaza City held to mark the passage of one year since Israel’s 51-day onslaught began.

Since Al-Qassam first began manufacturing rockets in 2001, he added, “it has gradually expanded their range, which now stands at more than 80 kilometers.”

A major Israeli offensive against the Gaza Strip in late 2012 (during which scores of Palestinians, including numerous civilians, were killed) saw Hamas introduce its M75-class rocket.

And during Israel’s onslaught one year ago, the resistance group introduced its R160-class rocket – used to strike Israel’s northern city of Haifa – as well as its J80-class rocket, which reached as far as Tel Aviv.

According to the Israeli army, Al-Qassam continues to conduct missile tests along the Mediterranean coast on an almost daily basis.

In July of last year, in the first weeks of the conflict, Al-Qassam also announced that its engineers had built three different kinds of unmanned aerial drone capable of carrying out missions inside Israeli territory.

According to Antoine Shalhat, an Israeli-Arab expert on Israeli affairs, the self-proclaimed Jewish state is deeply concerned by the ongoing development of the military capabilities of Gaza-based resistance groups.

“The range and accuracy of the rockets being developed by Hamas, and the efficacy of its cross-border tunnels [used to strike targets inside Israeli territory], have all seen qualitative progress,” he said.

Recent comments by Israeli military officials appear to bear out his assertions.

Col. Nuhi Mendel, deputy commander of Israel’s Gaza Unit, was recent quoted as saying that Hamas had begun reconstituting its military infrastructure as soon as last year’s conflicted had ended.

“Until now, Hamas has continued to dig [cross-border] tunnels,” Mendel said in a recent interview with Israeli Public Radio.

“Since the end of the operation [last year], Hamas has been restoring its infrastructure and rebuilding what was damaged,” he was quoted as saying.

Al-Qassam, for its part, recently asserted that, since last year, it had established a number of military sites adjacent to the Gaza Strip’s border with Israel.

“The performance of the Palestinian resistance in the last war wasn’t expected; it was a miscalculation by the Israeli military,” Walid Almodallal, head of the Gaza-based Center for Political and Development Studies, said.

“The resistance is well aware that the next battle with Israel must be totally different in terms of the weapons deployed,” he added.

The resistance in Gaza, Almodallal went on to assert, “is like a regular army, which must continuously upgrade its capabilities.”

In July and August of 2014, Israel carried out a weeks-long offensive against the Gaza Strip with the ostensible aim of halting Palestinian rocket fire.

Over 2,160 Palestinians were killed and thousands injured in the onslaught – mostly civilians – while hundreds of homes and broad swathes of infrastructure were reduced to rubble across the territory.

At least 73 Israelis – 68 soldiers and five civilians – were also killed during the 51-day conflict.