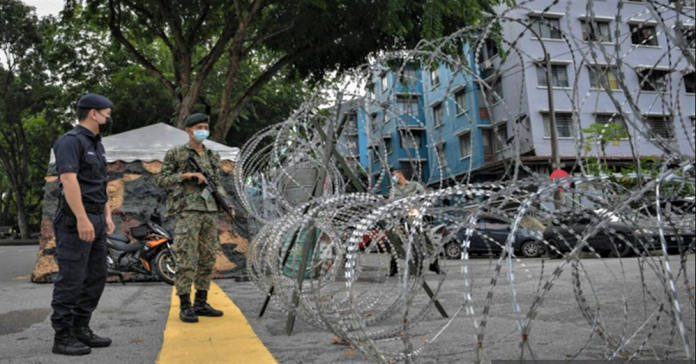 Malaysia expects to reopen the economy and lift movement controls in most states as early as October, as the country ramps up its Covid-19 immunisation drive, Prime Minister Muhyiddin Yassin told Parliament yesterday.

Tan Sri Muhyiddin was briefing lawmakers on the National Recovery Plan (NRP), which outlines how the government intends to exit from movement curbs introduced in May and currently in place nationwide.

“God willing, with continuous efforts to drive the recovery process and the immunisation programme going smoothly, we expect most states to move into the fourth phase as early as October,” he said.

Phase one of the NRP is the most restrictive, with only essential services allowed to operate and people and businesses placed under lockdown. Under phase four, people will return to normal daily life, with most economic sectors allowed to operate again, subject to protocols such as contact tracing and social distancing.

Mr Muhyiddin later drew flak from opposition lawmakers for being absent from Parliament in the evening, when they posed questions on the NRP.

He instead left it to Finance Minister Tengku Zafrul Aziz to answer questions on his behalf.

“Never before in history – since Independence, since the establishment of Parliament – where questions to the Prime Minister… are answered by the Finance Minister,” said opposition leader Anwar Ibrahim.

It reported a record high of 17,045 new infections on Sunday, which sent the total number of cases since the pandemic began over the one-million mark.

The Klang Valley region – consisting of Malaysia’s capital Kuala Lumpur and its most populous state Selangor – continued to contribute the bulk of infections.

The southern state of Johor saw a surge in cases to 1,449, surpassing cases in the capital.

Prime Minister Muhyiddin said the government will move to tighten movement curbs based on locality instead of implementing blanket restrictions on a whole state or territory.

Parliament was meeting yesterday for the first time this year following pressure from the King, Sultan Abdullah Ahmad Shah, to reconvene as the Covid-19 pandemic situation worsened.

Parliament had been effectively suspended since a state of emergency was declared in January, purportedly to tackle surging Covid-19 infections. But the number of cases and deaths has climbed steeply since.