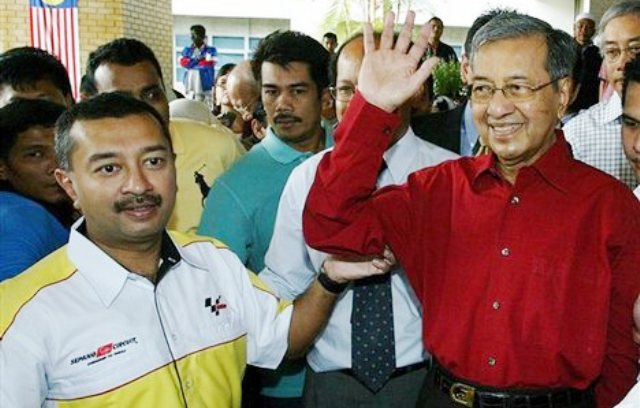 Datuk Mokhzani Mahathir, the son of former prime minister Tun Dr Mahathir Mohamad, has finally joined the ranks of the country’s top 10 richest people as the nation’s magnates continue to widen the gap with the rest of Malaysia.

According to a new list of Malaysia’s 40 richest tycoons released by the Malaysian Business magazine, the SapuraKencana Petroleum mogul added another RM1.59 billion to his coffers over the last year to raise his estimated wealth to RM4.22 billion — good enough for ninth place on the list.

In 2012, Mokhzani had emerged with about 15 per cent of SapuraKencana after his Kencana Petroluem Bhd merged with SapuraCrest Petroleum Bhd. He later disposed of 90 million shares at for an estimated RM387 million.

Mokhzani relinquished his executive positions in SapuraKencana late last year and instead remains only as a non-executive director.

Berjaya’s Tan Sri Vincent Tan foray into the English Premier League with Cardiff City also appears to be taking a toll on his bank balance, with the gaming magnate managing only 20th spot with his RM1.9 billion.

“One interesting fact is that since 2002, 81 tycoons have joined the 40 Richest Malaysians list

and out of that, 15 have managed to remain on it continuously,” the magazine said in an accompanying release.

It added that there were now two more local billionaires, bringing the number to 33, while the combined wealth of the top 40 richest Malaysians weighed in at RM217.8 billion or some 11 per cent better than they had been in the previous year.

According to a previous list released by Forbes last year, Mokhzani was the 15th wealthiest person in Malaysia. Forbes also differed on Vincent Tan’s net worth, listing him as the tenth richest man in the country.

Forbes is due to release an updated list next month.

Malaysian Business began tracking the worth of Malaysia’s wealthiest people in 2002. – themalaymailonline