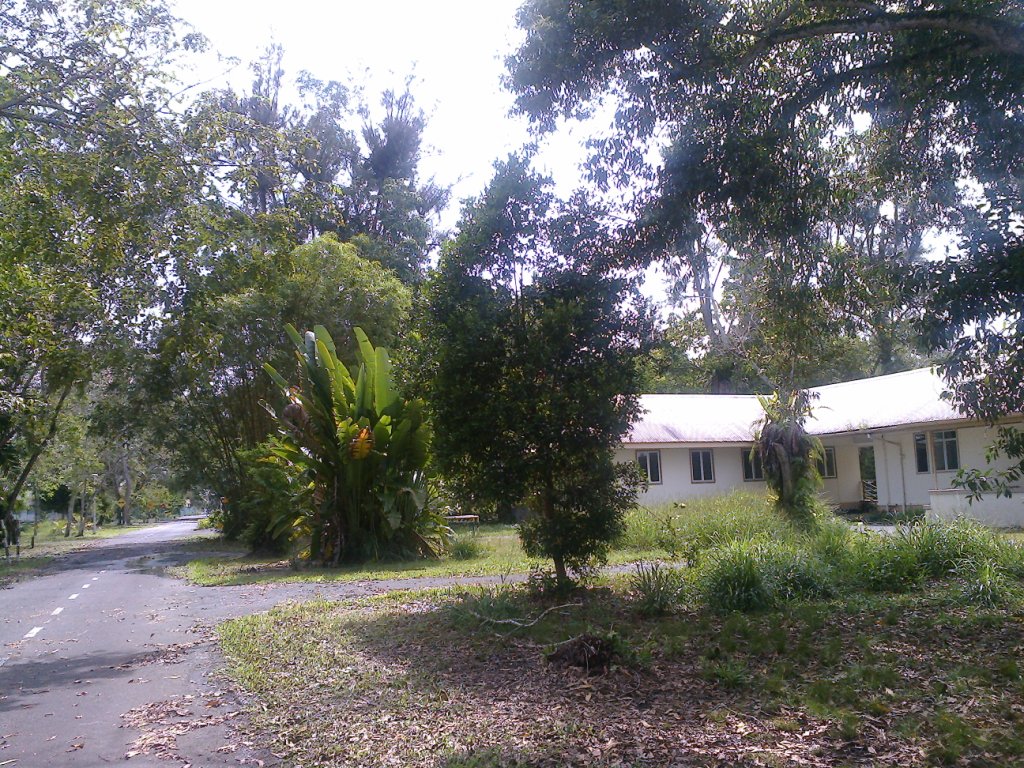 Piasau camp is historical place for the people of Miri. Before, it was inhabited by expatriates and their families who work with Shell and they live peacefully without fences around their homes in coastal areas. Most of the wooden houses were built in the 60s still intact and preserve the unique features of old houses.

With an open concept of housing policy also well maintained grass in the compound of spacious house make Piasau camp residential abode of peaceful not only to humans but also the survival of the species in the natural environment.

Piasau camp area is also known as the abode of hornbills and there are also 41 species of birds, 25 species of mammals, 10 species of butterflies and five amphibian species that live in peace in the region.

Recently, as reported in the local newspaper that the local authorities plan to demolish 140 houses in the Piasau camp in stages and is divided into three phases, which are expected to end in December 2015.

The cost to demolish 140 houses are still intact there is certainly a waste of taxpayers’ money because it can be used as a research center or become a site for homestay for tourists visiting Miri while enjoying the natural beauty of Piasau camp. Those who stay in homestay can feel the beauty of nature and also can see the life habitat that found in the area. Habitat is an ecological or environmental area that is inhabited by certain species of animals, plants, or other types of organisms.

With the house is still in good condition and can be refurbished for use by government officials and tourists who want to stay in a quiet place and avoid any interference of noise then the government should not let it empty and demolished.

This is where the most appropriate place for wildlife researchers and nature stay for study. The students who want to learn and know the way of life of wild species and natural environment also can do research in the area. The government is still able to maintain good environmental conditions although there is still some houses there that inhabited by government officials and tourists visiting on condition to always keep the environment clean and strictly prohibited to disturb, threaten as well as hunting life species found in the area.

Indirectly this can attract tourists from outside and inside the country came to see the beauty of the panorama and observe wildlife in its natural habitat that still exist there without having to go far because when they come to visit Miri they can stay in peaceful homestay and manageable from any interference.

We urge the government and local authorities to review the intention to demolish houses that still intact in Piasau camp because it can be used as a wildlife park that is free from any disruption and always protected from threats of extinction.

The government can also benefit from a unique old house and it’s still intact as accommodation for the workers of the wildlife park which is free to move around and become one of the tourist attractions from outside and inside countries to visit Miri.

In this way, indirectly, tourists from abroad can know the culture and customs of the local people as well can enjoy and see the natural beauty that was still remain around the park at the reserve of Piasau camp.

It will also give a source of revenue to the government and the local population when many tourists come to visit the Forest Reserve Recreation Park for wildlife at Piasau camp.

Cooperation with governments and those concerned to retain the unique features of the old house that is still intact in Piasau camp and the natural beauty there remain preserved from destruction is greatly appreciated.