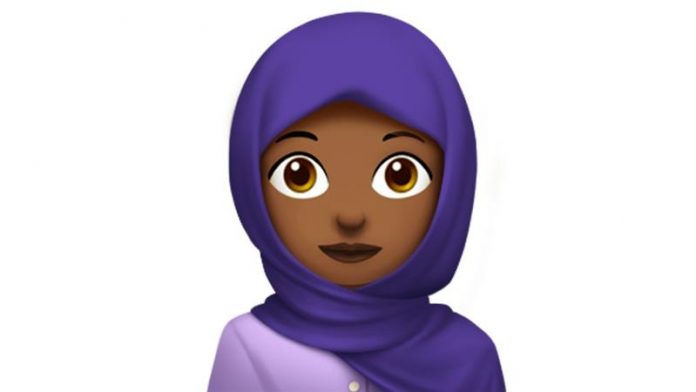 US tech giant Apple has previewed forthcoming emojis, including one that depicts a woman wearing a hijab.

More than 12 animated symbols were unveiled on Monday to celebrate World Emoji Day and will be released on Apple devices later this year, the company said.

“The new Emoji make it easier for users to express themselves with greater diversity, additional animals and creatures, new smiley faces and more,” Apple said in a statement.

The headscarf-wearing character was approved by Unicode, a non-profit international consortium, in November last year after a Saudi teen living in Germany campaigned for its inclusion.

Fifteen-year-old Rayouf Alhumedhi submitted a proposal to Unicode in September 2016, pointing out that there was no image that represented her.

Her online campaign, the Hijab Emoji Project, noted that some Christian and Jewish women also wear headscarves, along with hundreds of millions of Muslims.

The hijab is a headscarf worn by many Muslim women who feel it is part of their religion.

Apple’s preview of the hijab emoji sparked some negative reaction online, with one Twitter user calling it a sign of “creeping Sharia” law.

Other new symbols include a woman breastfeeding and a man meditating in what appears to be the traditional yoga lotus pose.

The standards for all emojis is set by the Unicode, which dictates the characters available for computer programming.

Unicode announced in May its next version would include 69 new emojis.

What Apple unveiled Monday was its interpretation of several characters that will be available for its smartphones, watches and laptops in the coming months.

People in the United States, Mexico, Brazil, Indonesia, Thailand, UK, Spain, France, Italy and Germany are among the world’s biggest emoji-users on Facebook.