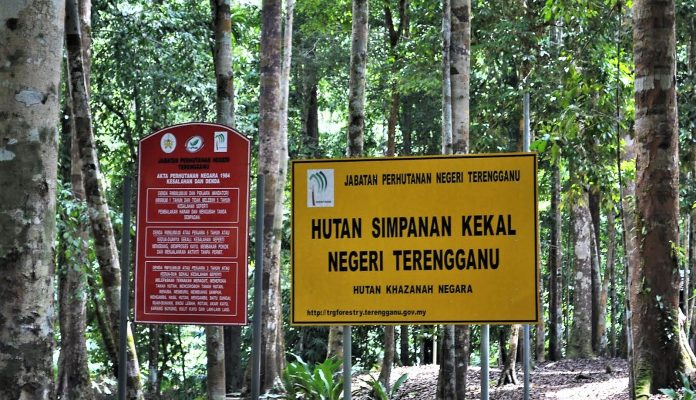 Wong said the current practice of degazetting forest reserves is not sustainable.

“Solutions, where revenue can be generated from forests which remain intact, is now available, the state should start adopting this in order to provide a better future for everyone.

“Instead of converting more forests to oil palm estates, properly managed forests can provide Terengganu with a sustainable source of income in the form of timber, traditional herbal products and ecotourism,” he said in a statement yesterday.

He said news reports have revealed that the 4,515ha of permanent forest reserves are to be given to TDM Bhd, a government-linked company, for expansion of their plantations.

Wong said MNS Terengganu is not against palm oil as a crop but the expansion of plantations must follow strict guidelines.

He pointed out that guidelines set by the Roundtable for Sustainable Palm Oil prohibit the clearing of High Conservation Value forests according to the new planting procedure.

“A study by the Forest Research Institute of Malaysia via high-resolution satellite images showed that forest areas in Peninsular Malaysia has declined by 200,000ha between 2010 and 2015 due to land conversion.

“The same study found that in Terengganu and other states, oil palm and rubber plantations have been the main drivers of deforestation,” the MNS Terengganu branch chairman said.

Wong said researchers from FRIM and Duke University have quantified the impact of deforestation on flood mitigation, where they found that conversion of 1% of inland forest to oil palm increased the number of flooding days by 26.8%.

He added that they also found that the number of deaths and flood evacuees per year increased with expanding oil palm acreage.