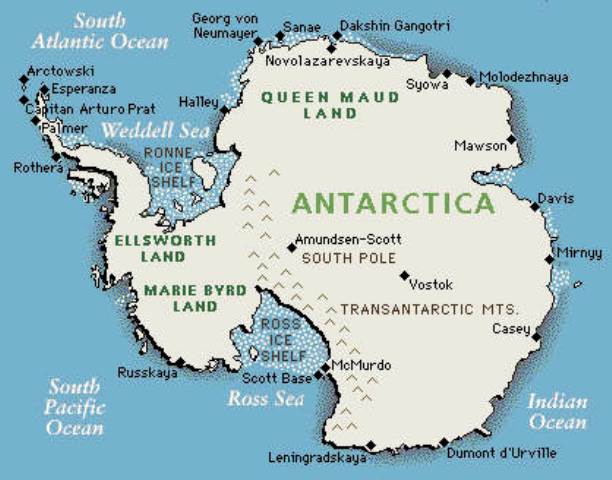 Terengganu Mentri Besar Datuk Seri Ahmad Said announced that he will lead a Malaysian delegation’s 15-day visit to Antarctica beginning Saturday. A statement from the Mentri Besar’s Office said the working visit “is initiated towards enabling Malaysia contribute to research on climate change which has become increasingly unpredictable.”

First of all, how is this 15-day jolly luxury cruise to Antarctica going to benefit Malaysia? If Malaysia has scientists involved in climate change, they would be better served studying the impact of climate change through massive deforestation happening in our country. Why should we be spending any tax-payers money at all to “research” an area where we have no competitive advantage?

Worse, even if there are academics interested in the study of climate change in Antarctica, why should our Ministers be given a beautiful tour of faraway Antarctica at tax-payers expense?

Even worse, he isn’t even the country’s Minister of Science and Technology, or the Minister of Natural Resources and Environment. He is the Chief Minister of a state, Terengganu who has no business gallivanting in the unpopulated South Pole!

Datuk Seri Ahmad Said can’t claim that he is going to Antarctica for a trade mission to draw foreign investment or attract tourists, unless you count a waddle of penguins. He can’t even give the incredulous excuse used by former Selangor Menteri Besar, Dato’ Seri Mohd Khir Toyo who went to Disneyland around the world purportedly to study theme parks while visiting Mickey Mouse and friends.

Based on a conservative estimate of RM50,000 per head for a return business class flight to Chile and a standard-room (as opposed to suites) Antarctica cruise, a delegation of 20 persons will cost the state RM1 million without taking into account other side tours and expenses.

Datuk Seri Ahmad Said has no right to abuse the rakyat’s money on such extravagant junkett trips when Terengganu remains the poorest state in Peninsula Malaysia after Perlis and Kelantan.

What’s more, under his administration, the state has now been nicknamed Terengganu Darul Runtuh for the never-ending roof collapse in the state. Last year alone, the roofs of Sultan Mizan Zainal Abidin Stadium collapsed in February, Kg Binjai Kertas Mosque in May, Kg Tebauk Mosque in September and Dewan Chancellor, Universiti Malaysia Terengganu in December. These problems have are repeating themselves in the state because the Government has failed to punish and blacklist errant contractors.

Datuk Seri Ahmad Said must give a full account of the expenses of the trip and provide a full report on its benefits to Malaysia, and particularly to the state of Terengganu. It is such defiant arrogance and exorbitance in BN government expenditure that Malaysians cannot tolerate Najib administration’s call for the people to accept subsidy cuts and higher prices.

Hence we call upon Dato’ Seri Najib Razak who must be praised for falling “kangkung” prices, to reprimand Datuk Seri Ahmad Said for such blatant extravagance while the people are struggling under higher cost of living.

***The article is Tony Pua Press Statement, he is the MP for PJ Utara