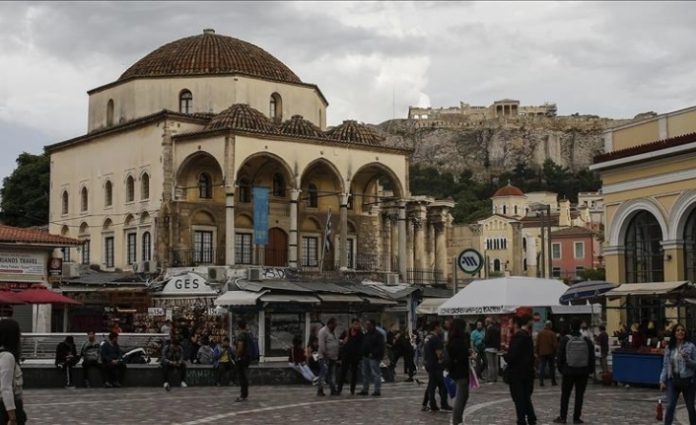 Greece keeps denying the presence of the Turkish minority in the Western Thrace region, with people living in the region facing severe discrimination every day, according to a local Turkish leader.

Cigdem Asafoglu, head of the Friendship, Equality, Peace Party (DEB), told Anadolu Agency that the Turkish minority in Western Thrace faces discrimination in all areas of life, stressing that the main goal of her party is to fight discrimination suffered by the Muslim Turkish community in the region.

“There is also discrimination in the recruitment of public servant,” she added.

Criticizing how the Greek media has made Turks, Türkiye, Turkish institutions and organizations, and people fighting for the cause of Turkishness into a target, Asafoglu underscored that she was also subjected to discrimination and got threatening messages because of some of her statements on the issue.

Explaining that a 16-year-old Turkish teenager from Iskece was hospitalized on Aug. 26 after being beaten by 20 Greeks, Asafoglu said: “Maybe that attack was not a racist attack, but the phrase ‘Dirty Turk, we will kill you next time’ uttered during the attack revealed the subconscious thoughts of the perpetrators.”

According to local media reports, on Aug. 24, 16-year-old O.T. in Western Thrace tried to help a friend who was arguing with a large group. Just two days later, in the evening, O.T.’s path was cut off by a group of 20 Greeks. The attackers shouted insults at O.T., beat the teenager, and hospitalized him. Following the incident, O.T.’s family filed a criminal complaint.

History of discrimination, repression
Greece’s Western Thrace region – in the country’s northeast, near the Turkish border – is home to a substantial, long-established Muslim Turkish minority numbering around 150,000.

The rights of the Turks of Western Thrace were guaranteed under the 1923 Treaty of Lausanne, but since then the situation has steadily deteriorated.

After a Greek junta came to power in 1967, the Turks of Western Thrace started to face harsher persecution and rights abuses by the Greek state, often in blatant violation of European court rulings.

The Turkish minority in Greece continues to face problems exercising its collective and civil rights and education rights, including Greek authorities banning the word “Turkish” in the names of associations, shuttering Turkish schools, and trying to block the Turkish community from electing its muftis.

In addition to violating longstanding treaties, these policies are also often in blatant violation of European Court of Human Rights rulings.

Denial policy
Ozan Ahmetoglu, head of the Iskece Turkish Union (ITB), also told about Greece’s policy of denying the identity of the Turkish minority in Western Thrace and the legal struggle they are waging against it.

Telling how Athens prefers the phrase “Muslim minority” to “Turkish minority” to describe the ethnic Turks in Western Thrace, Ahmetoglu underlined that the Greek government has long “ignored the identity of the group.”

“As Western Thracians, we say that we’re Turks, but Greece doesn’t accept this and denies the existence of a Turkish minority in Western Thrace,” he said.

Greece also closes its eyes to the problems faced by the Turkish Muslim minority in Western Thrace as well as their identity, he said, adding that this is the fundamental problem in the region as even his group was closed by a court decision since it includes the word “Turkish” in its name.

“The official status of our association has been taken away from us. We first fought this decision with domestic law and then applied to the European Court of Human Rights (ECHR).

“The ECHR found us right and now it’s been 14 years since its decision. In these 14 years, still Greece, unfortunately, continues not to implement the ECHR ruling,” he said.

“This creates an undemocratic environment. There should be a translator who speaks Turkish in government offices. This was once in force in the Iskece courts, but now no longer,” he added.

Speaking Greek a must
Turks from Western Thrace who did not want to use their names out of concern that they might be discriminated against or face problems told Anadolu Agency that they were afraid to speak Turkish in their daily lives.

A Western Thracian who owns a business in the center of Gumulcine told how he was chided by Greek customers because he spoke Turkish in his shop.

A Turkish high school student said that some Greek classmates stopped talking with him because he spoke Turkish at school, so he started avoiding it.

The student said: “I even spoke Greek with my family on the phone next to my Greek friends. Actually, this may be wrong, but I don’t want to lose my friends again.”

A female high school student from Gumulcine said she was talking to her friends in Turkish at school when she was told by nearby Greek students: “This isn’t Türkiye. If you want to speak Turkish, go to Türkiye.”

Events of 1988 in Western Thrace
In response to a Greek court decision to close groups with the word Turk in their names, on the grounds that “there are no Turks in Greece,” on Jan. 29, 1988 Turks in Western Thrace held a mass protest march.

Two years after the protest began, some fanatical nationalist Greeks launched mass attacks against Turks in Gumulcine and Iskece.

The Turkish minority of Western Thrace holds commemoration events every year on Jan. 29 as part of the National Day of Resistance and Solidarity for their internationally guaranteed rights.