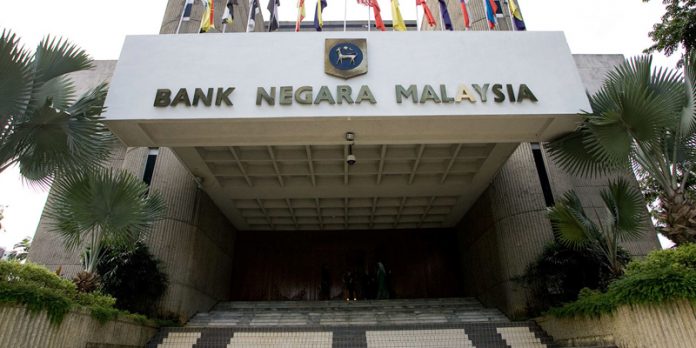 THERE will be an 18% net reduction of retail bank branches across Southeast Asia by 2030 as lenders increasingly move away from branch-based services, estimates Roland Berger. This implies over 11,000 branches closing.

The strategy consultancy firm, in a report last week about the future of retail banking networks, says the bulk of the closures will be in Indonesia (7,055), followed by Thailand, the Philippines and Malaysia. It estimates there will be 567 closures in Malaysia within the decade, with the number of physical branches projected to drop by 23% to about 1,900 in 2030 from 2,467 in 2020.

Branch closures are also expected in Singapore and Brunei.

According to the report’s authors Philippe Chassat and Luca Turba, the move away from branch-based services in Southeast Asia is driven not only by technological advancements but also by changes in demographics, the growing pervasiveness of digitalisation, easy access to information and greater financial education.

As such, banks must be prepared to radically rethink their branch networks.

“They need to address the upcoming challenges of the decline of the branch role sooner rather than later, preparing for a redesigned, repurposed and reduced network. Failing to do so will profoundly impact retail banks’ profitability, leaving oversized branch networks underutilised,” says Chassat, a senior partner at Roland Berger.

Turba, a principal at the firm, says that bank branches will nevertheless continue to play an important, albeit different, role.

“Future bank branches in Southeast Asia will likely move away from offering simple transactions and focus on higher value-add services, such as bancassurance and investment products. There will not be a one-size-fits-all solution to the role that bank branches should take in the future. Exact roles will need to be tailored to each branch model and to local needs,” he states.

Interestingly, in four of the 10 Southeast Asian markets, namely, Vietnam, Laos, Cambodia and Myanmar, the number of bank branches is expected to continue to steadily increase over the decade rather than decline.

“As a consequence of their relatively underdeveloped banking sectors, these countries currently have the lowest branch densities in Southeast Asia. As such, an increase in branch footprint and an associated increase in financial inclusion are expected as the banking systems in these markets further develop,” says Chassat.

Branches in Malaysia won’t disappear yet
While the last decade saw Malaysia going through a growth phase in terms of bank branches, it is clear that the number of new branches is tapering.

In an interview with The Edge, Chassat assures that branches will not disappear by 2030 despite the fact that there will be more digital channels and that new digital-only banks will be coming to the market.

Branches will continue to co-exist with the other digital channels, he says.

“In maturing retail banking markets such as Malaysia, routine teller services such as cashing cheques, depositing money and processing withdrawals are increasingly being used by only a sub-segment comprising older and less technologically savvy customers,” Chassat says.

“Based on current trends, large bank branches with numerous tellers executing simple transactions will soon be a thing of the past. As such, the role of bank branches will continue to evolve over the next decade towards handling a more focused set of advisory activities and high-value-added products such as bancassurance, investment or real estate financing.”

He adds that other daily banking tasks and first-level customer services will be automated by leveraging artificial intelligence and machine interface.

“Branch networks are in need of a significant transformation and resizing, but they are still a distinctive asset that traditional banks own over pure digital banking players. Despite the great strides made in consumer adoption of digital banking in the past decade, very few, if any, of the purely digital banks around the world have managed to successfully take on traditional banks. The road to a complete digital banking environment without branches in Malaysia goes well beyond 2030,” he adds.

Turba notes that Malaysia is already quite ahead of most of the other Southeast Asian countries in terms of transitioning from traditional branch networks to more innovative and digital channels.

Meanwhile, with branch closures comes the sensitive issue of job redundancies. Industry experts, however, say that banks have over the years stepped up efforts to upskill and reskill staff as they prepare for a more digital future.

Last week, following the release of the Roland Berger report, the National Union of Bank Employees (NUBE) urged the government and Bank Negara Malaysia to do more to protect employees who will be hit by the digitalisation process.

“NUBE views the reported closure of almost 600 branches in Malaysia over the next 10 years seriously. In fact, based on current trends, the number as well as timeline may well have been underestimated,” it said in a statement.