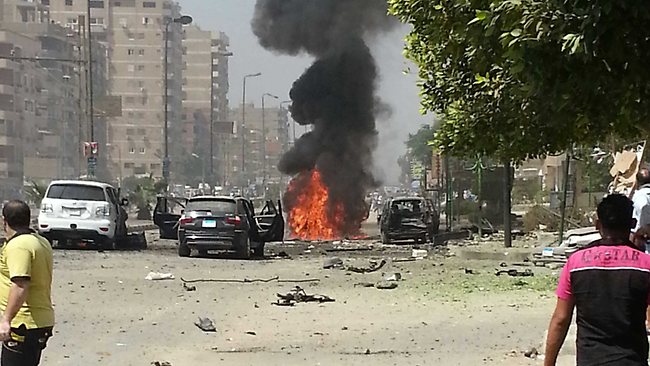 The Egyptian people have spoken. They said they will topple the military coup regime and are still determined to do that. Desperate attempts, by regional and international sponsors of the coup in Egypt, to complete their heinous crime are doomed to failure under the feet of anti-coup revolutionaries of Egypt.

The coup will remain illegitimate; and the murderer will remain a murderer. The people will continue to defeat fear; and the January 25 Revolution will continue until Egypt reclaims its freedom. The facts will not be altered by any junta action or process; and no criminal will escape retribution. There is no retreat from the Revolution, no compromise on spilt blood, and no surrender of any rights.

The Muslim Brotherhood monitors the movements of the colonial coalition that aims to suppress the peaceful popular struggle for freedom in the region, in order to maintain the state of slavery, underdevelopment, dependency, terror and intimidation. The Brotherhood pledges to continue to stand steadfast, sacrifice and unite all, until the truth triumphs over falsehood and aggression, and until the banner of justice is raised high everywhere.

The fascist colonial coalition thinks, arrogantly, that it is able to defeat the Muslim nation. Deluded by temporary advances of its attacks on the Arab Spring, it fails to see that the Revolution has taken root in the Arab and Muslim nation and in its beating heart: Egypt. It also fails to realize that the next round is for the raging peoples determined to regain their freedom.

We warn the criminal coup commanders and collaborators against plotting bombings similar to what their murderous militias did in the Church of Two Saints (just before the start of the January 25 Revolution in 2011) and falsely accuse patriotic revolutionaries for them. Everyone now knows how coup militias also blew up the Dakahlia Security Building, as already admitted by pro-junta media which mentioned the incident was carried out by a national security informant.