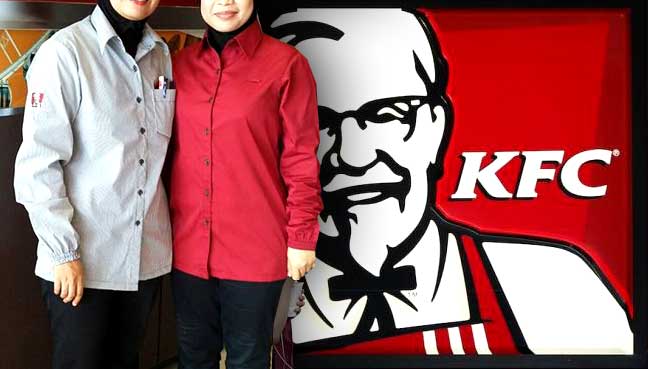 Fast food chain KFC has confirmed it has rolled out new long-sleeved uniforms for its female staff in Kelantan, months ahead of the state government’s rule for Muslim women employees to cover their aurat.

KFC, which has over 20 outlets in Kelantan with 10 in the state capital of Kota Baru alone, said the new uniform was introduced in April after talks between the company and the state government, The New Straits Times (NST) reported today.

“Our company has no problem adhering to the regulations put up by the Kelantan government and we will ensure our female workers wear the uniform all the time,” a spokesman for the company was quoted saying.

The Kelantan government’s new rule stipulating long-sleeved uniform for female Muslim employees of fast food outlets and hypermarkets there will kick in next year.

According to NST, Kelantan’s Local Government, Housing, Youth and Sports Committee chairman Datuk Abdul Fattah Mahmood said the new uniforms must cover the aurat of a female Muslim and should be paired with loose pants if possible.

Abdul Fattah said non-Muslim employees in Kelantan would not be bound by the new rule, but advised them to be dressed decently.