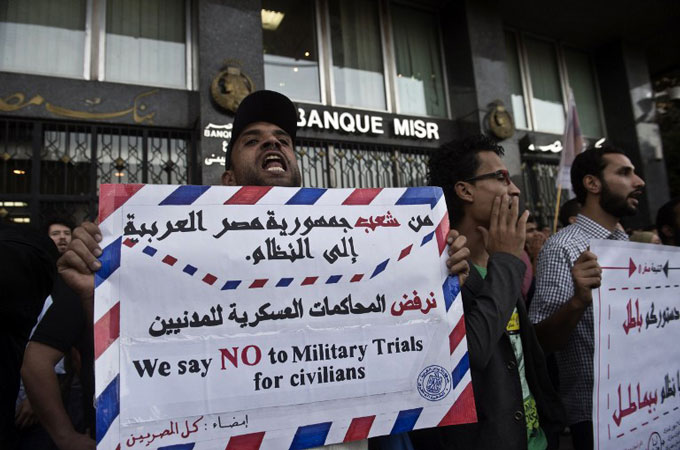 In a continuation of the military-backed government’s farcical policies, Egyptians abroad have been urged to take part in a referendum on the constitution from the 8th-12th January, 2014.

British Egyptians for Democracy asserts its complete rejection of this constitution which was written under an oppressive military rule that has thus far claimed thousands of innocent lives, detained innocent civilians and committed the worst human rights violations in the modern history of Egypt. The atmosphere of fear and repression that has been established as a result of the military’s takeover is in no way conducive of free and fair elections. The fact that several international monitors have refused to monitor the upcoming referendum is a testament to this.

BE4D believes that it is not in the interest of the Egyptian people to vote on a constitution that will serve only to entrench the military’s interests, take Egypt further away from democracy and promote further division in a country which has already been brought to the brink of destruction as a result of the military’s actions.

We call upon Egyptians living abroad to boycott this constitution and to join activities outside their embassies to condemn the military’s human right’s violations.