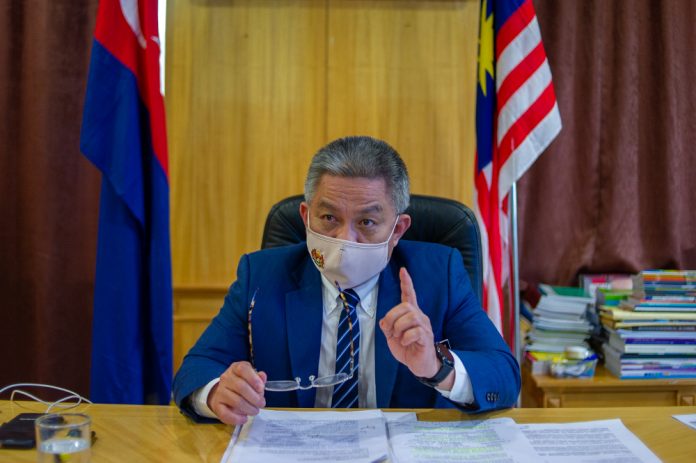 He said his ministry will make the recommendation to the government, but added that it will not be a blanket reopening of state borders compared to last year, to prevent triggering another spike in infection cases.

Since January, states like Selangor, Kuala Lumpur, Penang and Johor had been placed under the MCO, which was lifted at midnight. However, interstate travel is still a no-go under the current CMCO, which started today and is scheduled to expire on March 18, when it is expected to be replaced by the third phase, the RMCO.

Dr Adham said restricting domestic travel has been undertaken not only in Malaysia but in other countries like Australia, China, South Korea, and even Singapore.

“So we have decided that there will be no interstate travelling until March 18,” he said, adding that it will be reviewed regularly.

“After March 18, we will see if the data have shown improvement, as we have already succeeded in bringing down the curve at the moment.”

Malaysia’s daily Covid-19 trajectory has been lowering for the past week into the 1,000-mark, with yesterday being the exception when it bounced back to log 2,063 fresh cases.

Dr Noor Hisham said the government will need more data and will use the four-stage vaccination plan, which may take up to nine months, before the country manages to vaccinate 70 to 80 per cent of people.

He said that in order to open the borders, other countries will also have to undergo successful vaccination efforts as well.

Asked to comment on Dr Noor Hisham’s remarks, Dr Adham said: “What the director-general meant was to reach herd immunity but that is only the maximum measure, but we go earlier as we want to balance life and livelihood”.

The minister said the government is treading cautiously this time and looking to allow “green bubbles” for safe domestic travel.

“We will take measures to allow interstate travel based on certain matters and this is important. We will try to develop green bubbles. Travel between states under RMCO.

“Secondly we will ensure that if the public can abide by the SOPs, carry on. Meaning we can allow. Thirdly, if they are using MySejahtera, they can know and identify hotspots,” he said.

Dr Adham said that travellers must also be aware of the health status of the areas they want to go, whether it is categorised as green, yellow, red or orange zones by the Health Ministry.

He said states which are green zones must still continue taking necessary precautions to preserve its status. – MM

News Wartawan BO - 02/08/2021
The police must uncover the parties responsible for leaking a letter the Yang di-Pertuan Agong sent to the prime minister on Thursday regarding the...