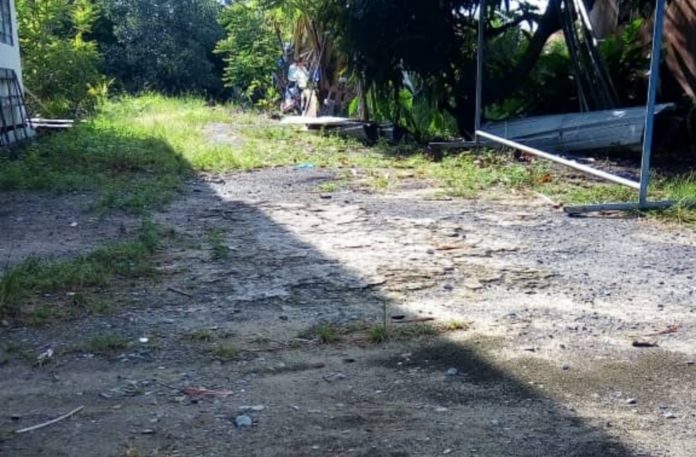 Residents in Kampung Batu Satu have been waiting for a long time for the paving of Jalan Perhubungan Desa (JPD) which was supposed to be implemented a few years ago, but until now they are still waiting in the hope that the road will be paved soon. According to a resident who complained of the problem, the road was not very long, about 800 feet, and is now overgrown with grass and bushes.

According to one of the residents in Batu Satu, Zainal Tar told us, they have several times applied for Jalan Perhubungan Desa (JPD) for a paved road project at the Miri District Office since January 6, 2013, until now no further action has been taken. Although there were officials from the department who visited and measured the road, they still did not implement the project as expected.

According to Zainal, in March this year, several officers came to the place. They came to measure and in April they promised to go back to implementing the project. But so far it has entered May there has been no action as promised many years ago.

The complainant (Hasmah Moktar) has repeatedly written letters to the Miri Divisional District Office to apply for a road paving project at the planned house construction site but so far, no action has been taken by the party. Until when can this problem be resolved?

The complainant is also Zainal’s neighbor where she intends to build a house in Lot 7754 behind Zainal’s house. She delegated Zainal to complain about the problem to us so that the problem could be resolved as soon as possible because it had been too long to wait for the project to be completed.

The problem of village roads and other facilities needs to be given attention by the local authorities as it is for the convenience of the villagers.

We urge the local authorities to meet directly with the complainant’s representative at Lot 7756 Kampung Batu Satu, Baram to obtain detailed information on the problem.

The federal government has changed many times, but this small project should be able to be completed by the local authorities as the cost does not reach millions of ringgits. We hope that local governments and relevant ministries can resolve this issue immediately and the cooperation with them is greatly appreciated.